John Scher was the Grateful Deads' agent in 1978 and he called Harvey Goldsmith to ask him if he could put together a European tour for the band in September. Harvey asked for a percentage and John didn't want to do that sort of deal.

So John asked Harvey if he could recommend someone to work directly for the band and go set up the tour. Harvey called me into his office and explained the situation, then asked me if I'd like to go and visit them for an interview.

Thank you Harvey, it was to become a truly strange story. 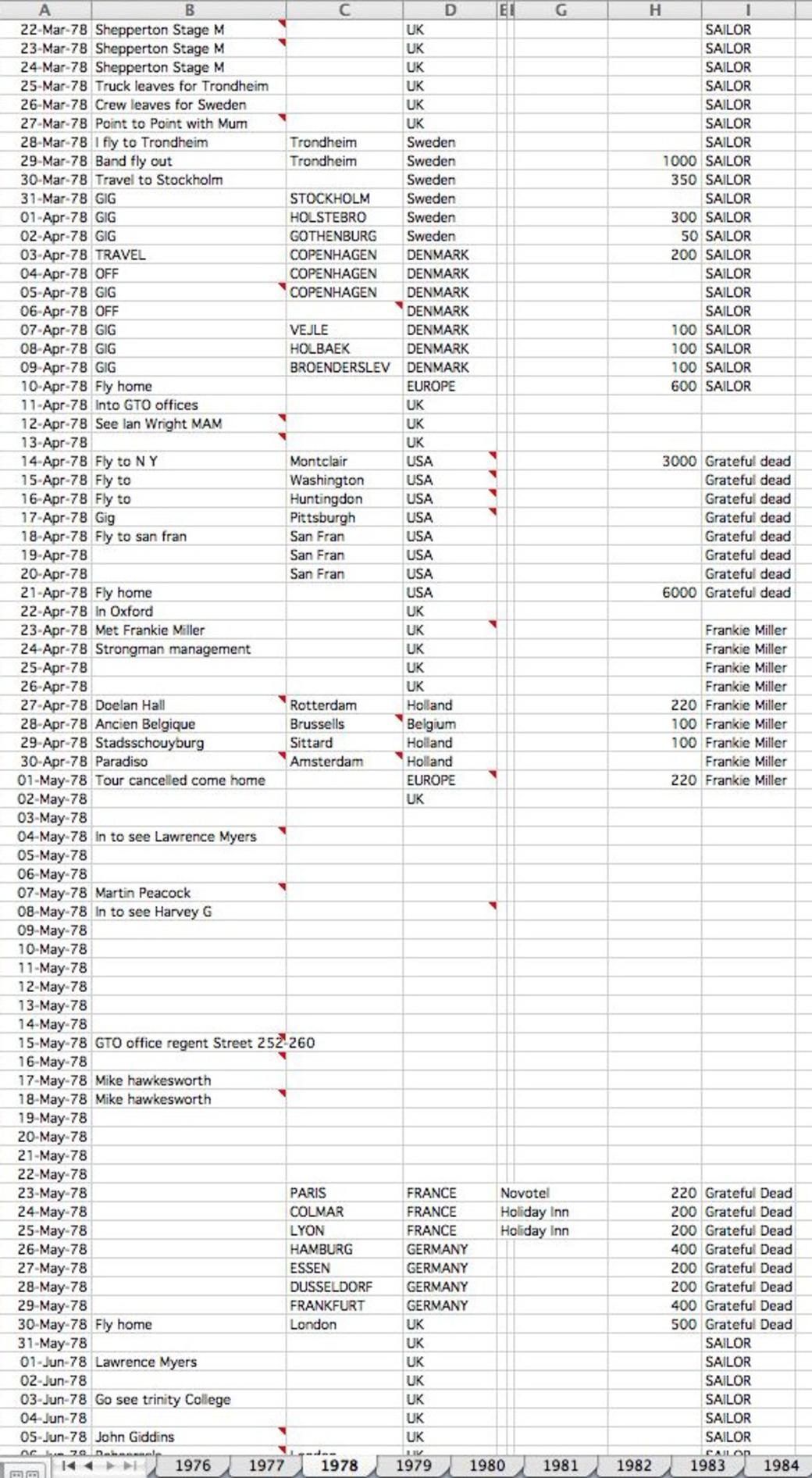 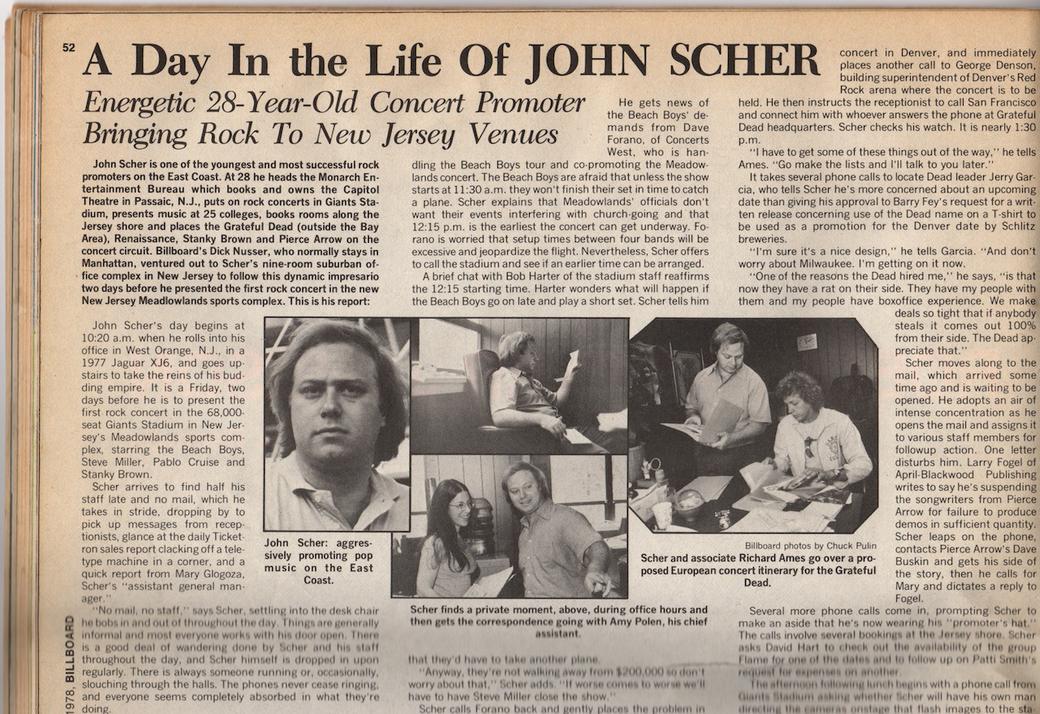 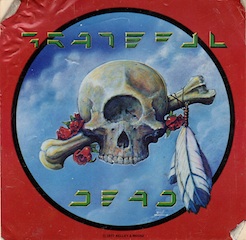 You can see on the left here, there is a week from the 23rd to the 30th of May 78 where I went to visit various cities across Europe to inspect venues that the Dead intended to play in September. When you get to page three of this story there is a dateline of September with the original plan of playing these shows after the Egypt detour. But as we all know, there were no shows after Egypt in Europe except for the Rainbow London, which was hastily organised by Harvey Goldsmith after the Dead decided to cancel the original tour. It was down to finances basically. The Dead spent all their money and energy in putting together the three shows at the Pyramids. 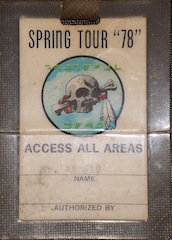 I'll never forget the first backstage vision at the Arena on the 15th of April 78 and seeing for myself, the Dead in action. The most amazing thing was the catering backstage that was being provided. And it wasn't from the promoter but from the Dead's own hired touring caterers. I recall the main chefs were the guys from New Jersey who did the catering for John Schers' shows at the Capitol Theatre Passaic. This practice of carrying caterers around on tour was very very rare, a luxury, but here they were on this tour and I loved it. Also here on this day was Mark Olkon, and he recorded this very show. The Grateful Dead were one of a very few bands that actively encouraged the audience to record their shows and there are over 1000 different concerts recorded as a result You can listen to this very evening, my first experience of the Dead in action at https://archive.org/details/gd1978-04-15.116981.aud.olkon-schuncke.flac16. 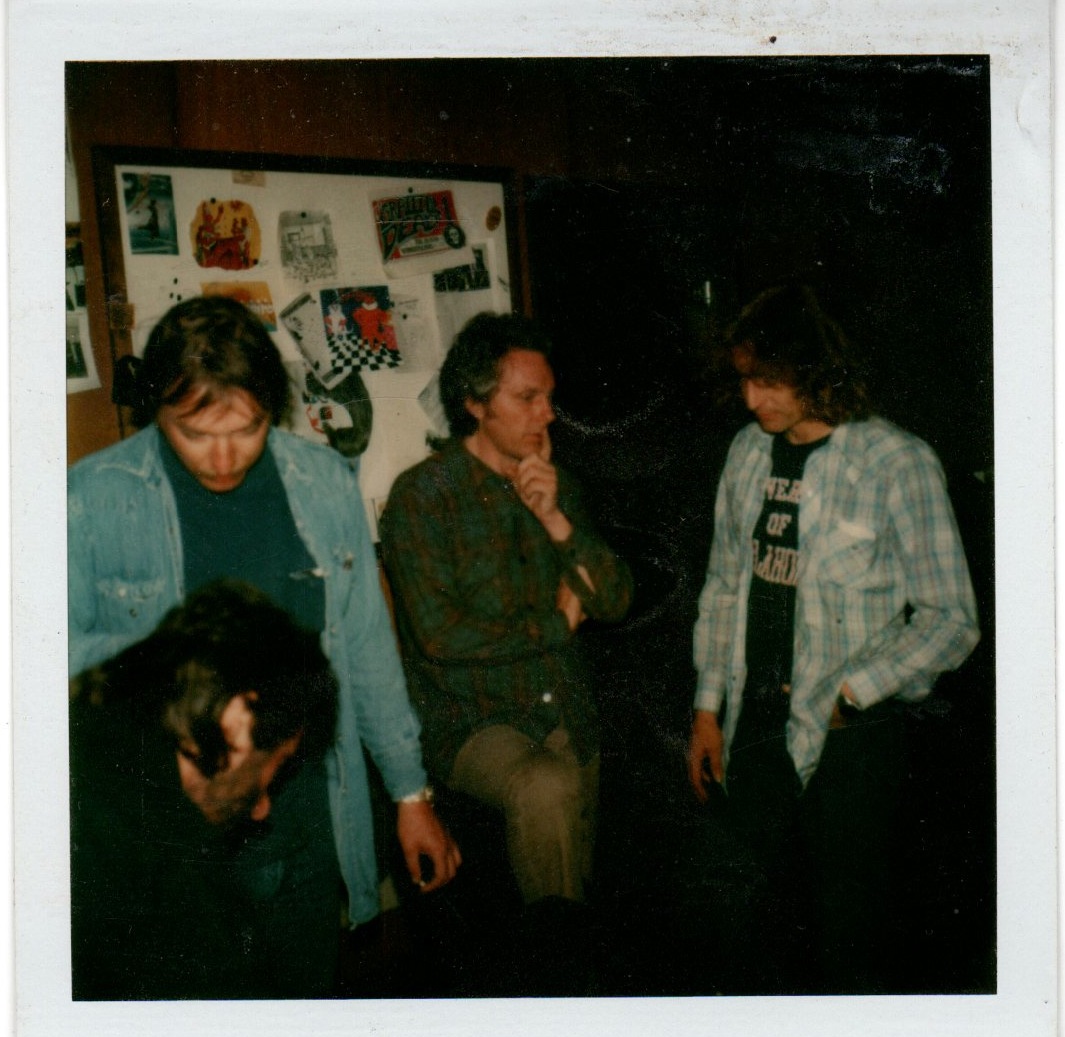 I took this picture at a meeting I had with the two managers of the Dead at their base in San Fransisco 18th to 20th April 78. Alan Trist in the middle in discussions with Ram Rod and Richard Loren, far left of the picture, with Mr Healey next to him. 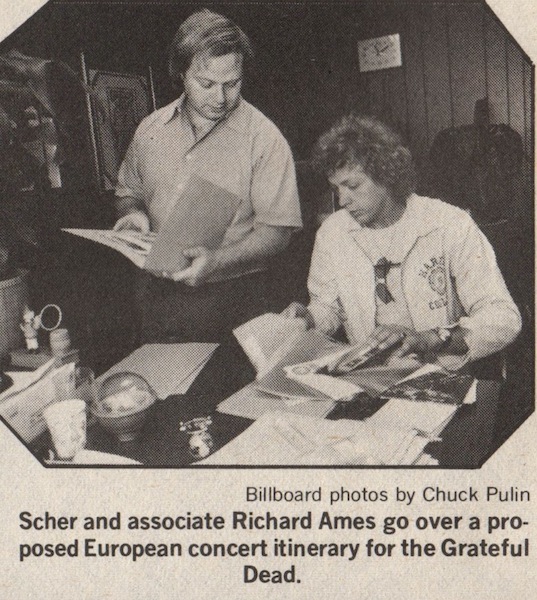 The letter to the right, from John Scher to Richard Loren was to help me get back my expenses for the trip the previous month to discuss the European tour plans. It wasn't that the Dead management didn't want to pay me, it was just a case of getting to the top of the pile to get some action. So I was very grateful to John for writing this letter to hurry things up a little. 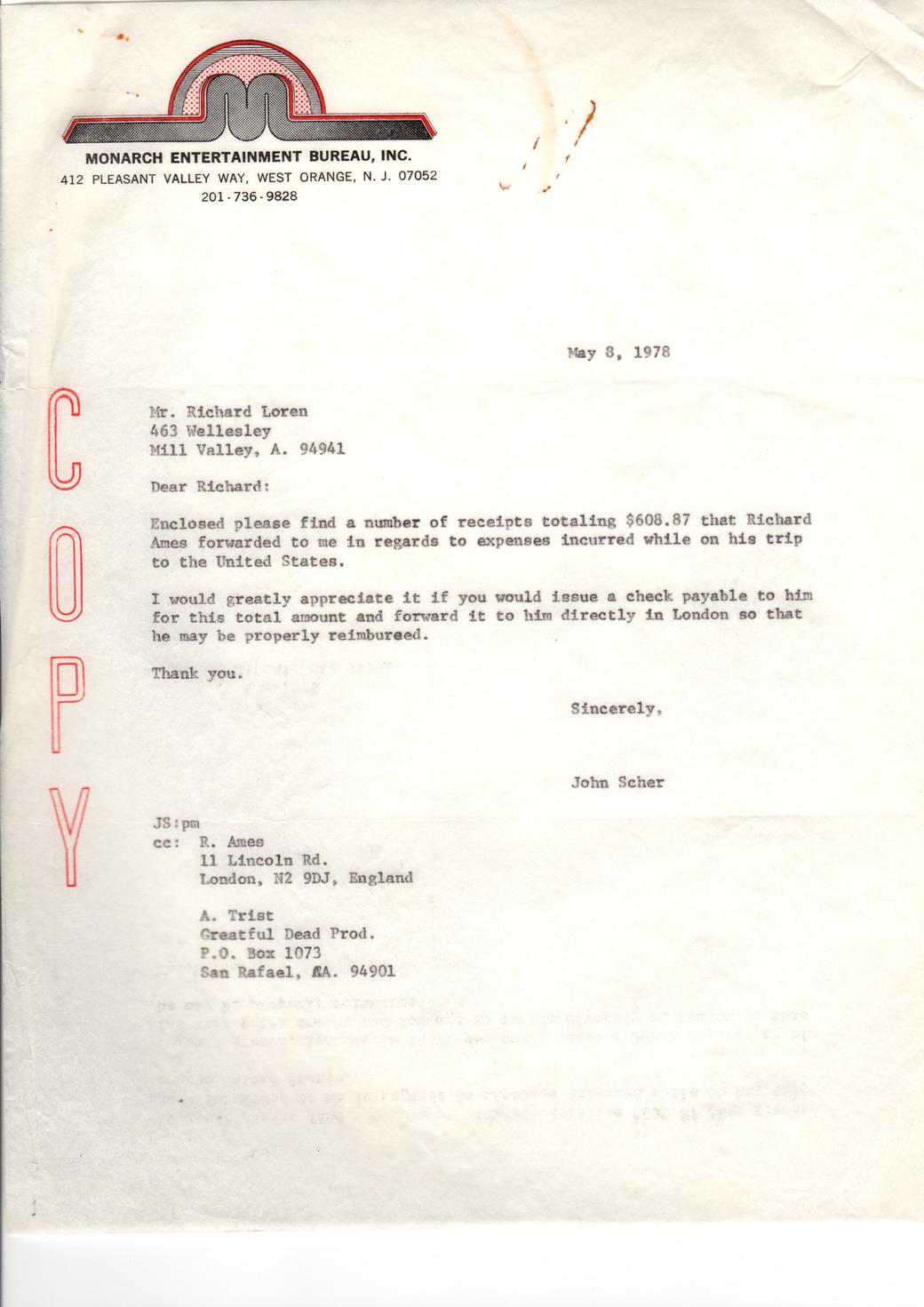 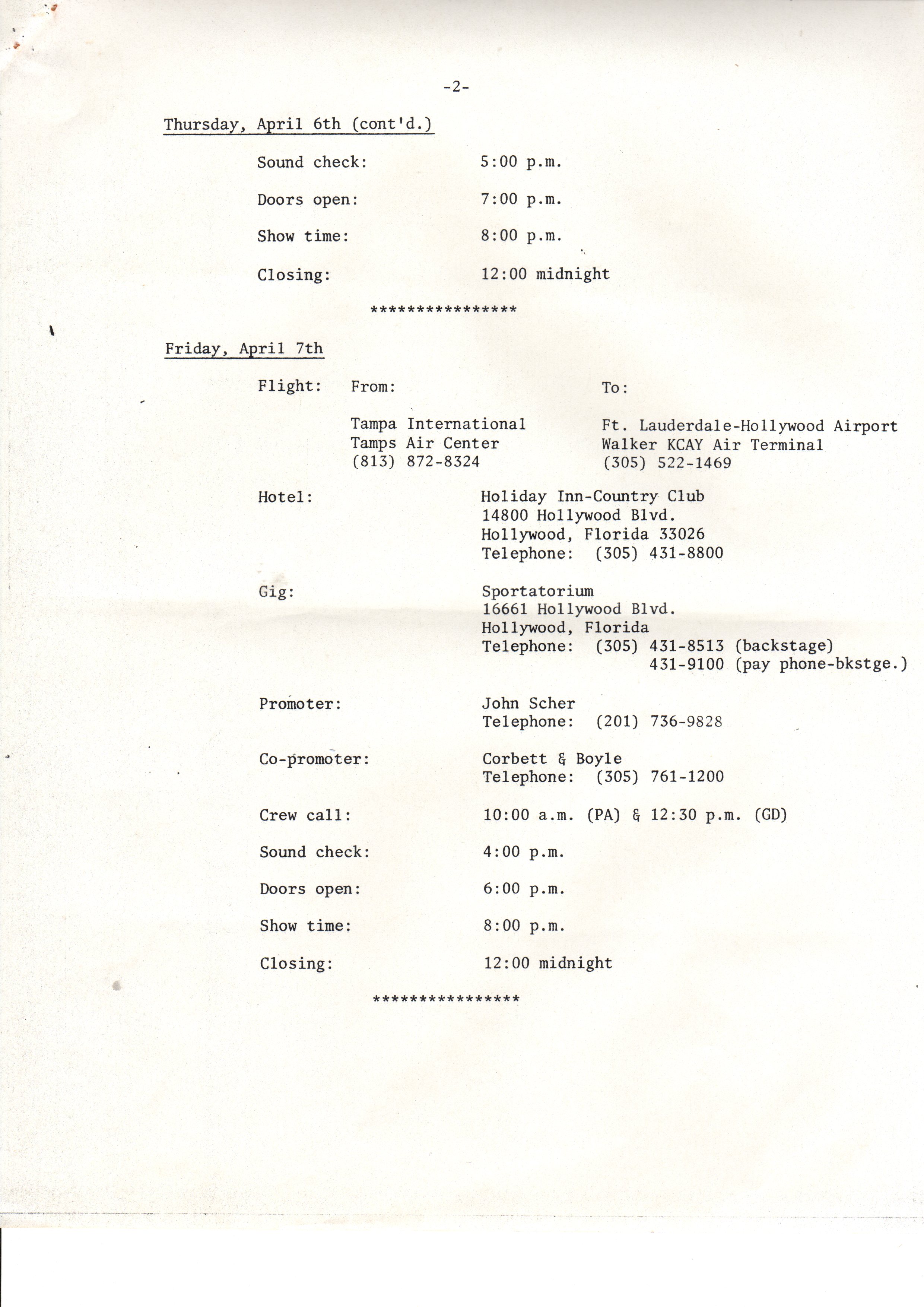 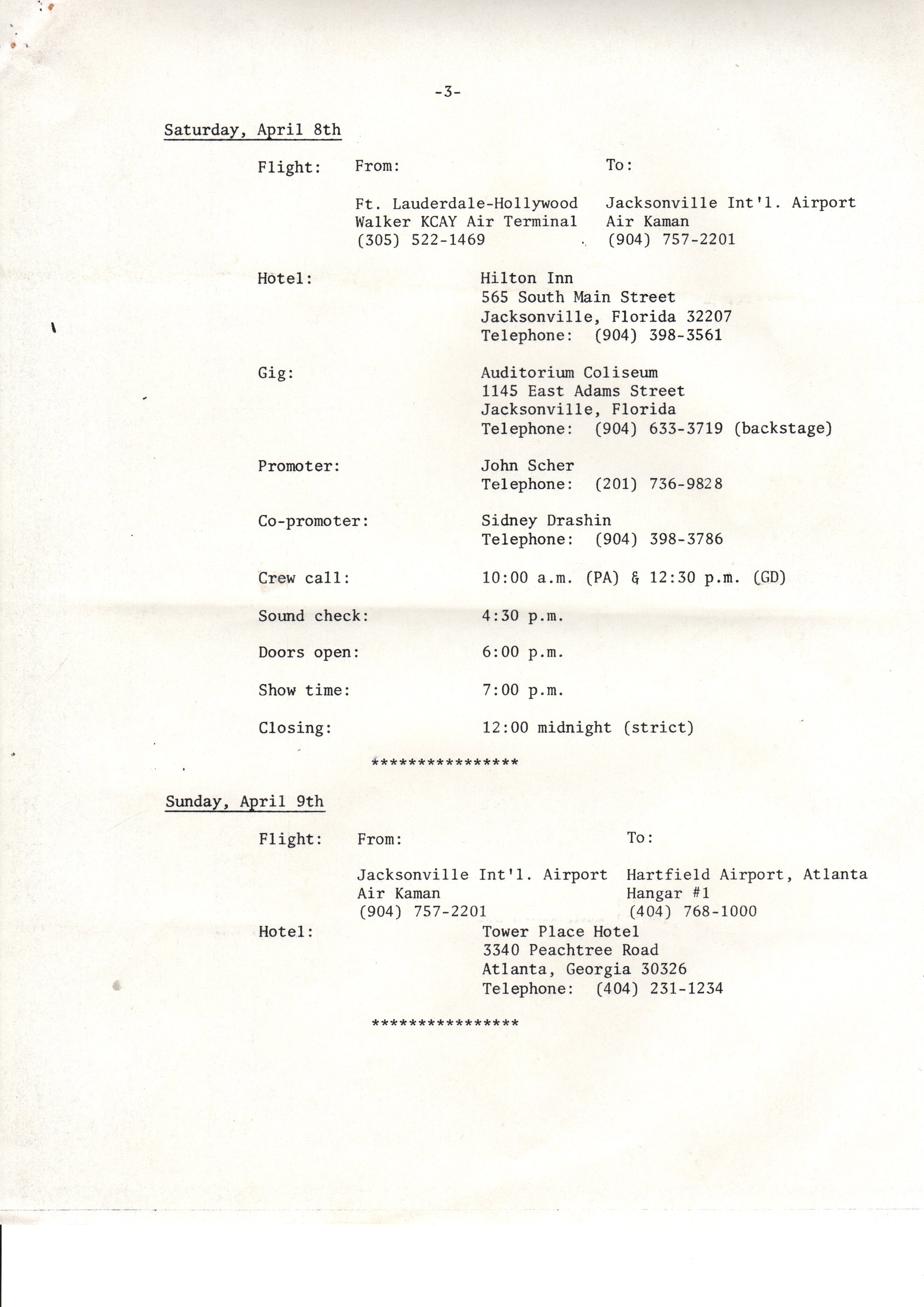 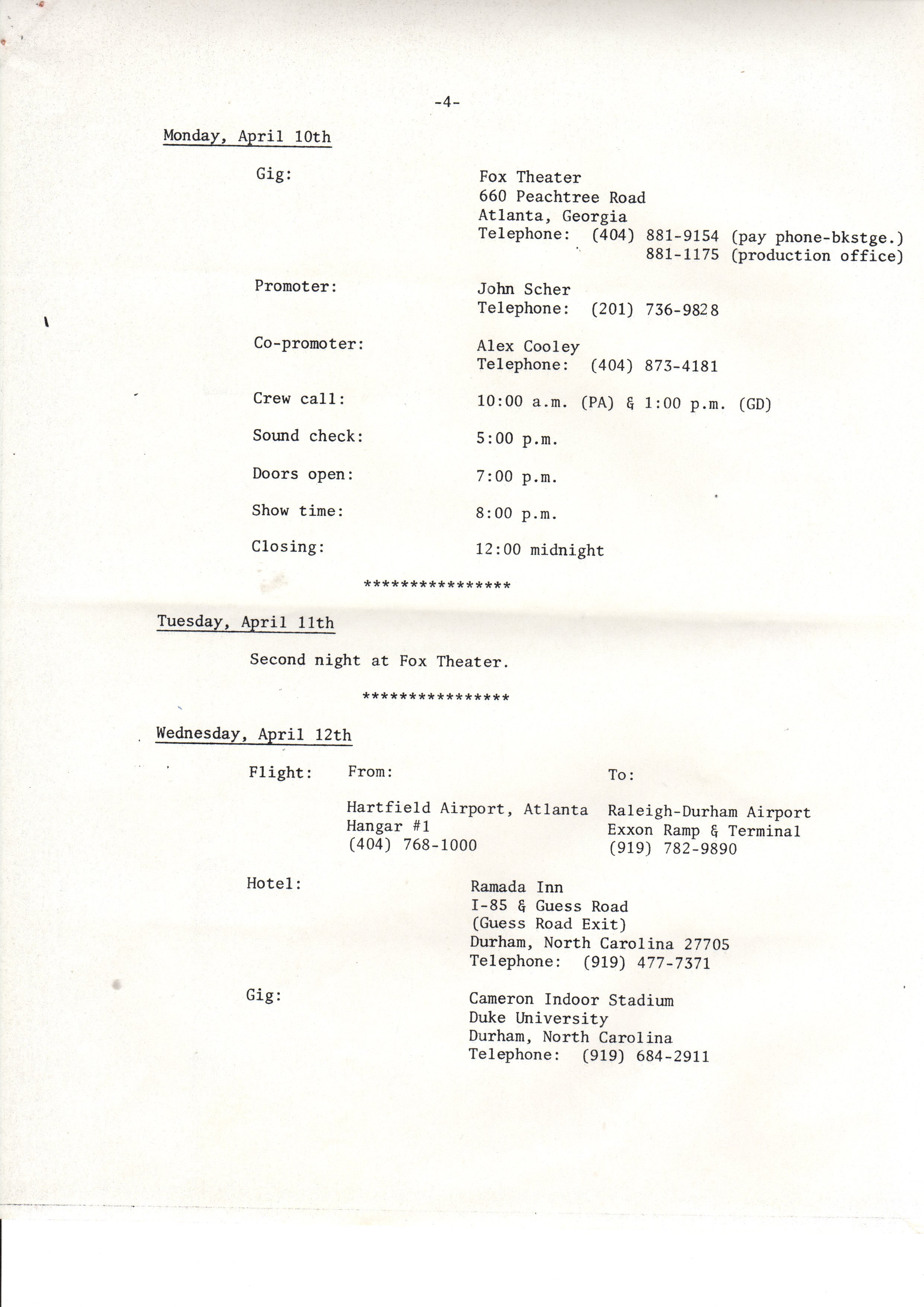 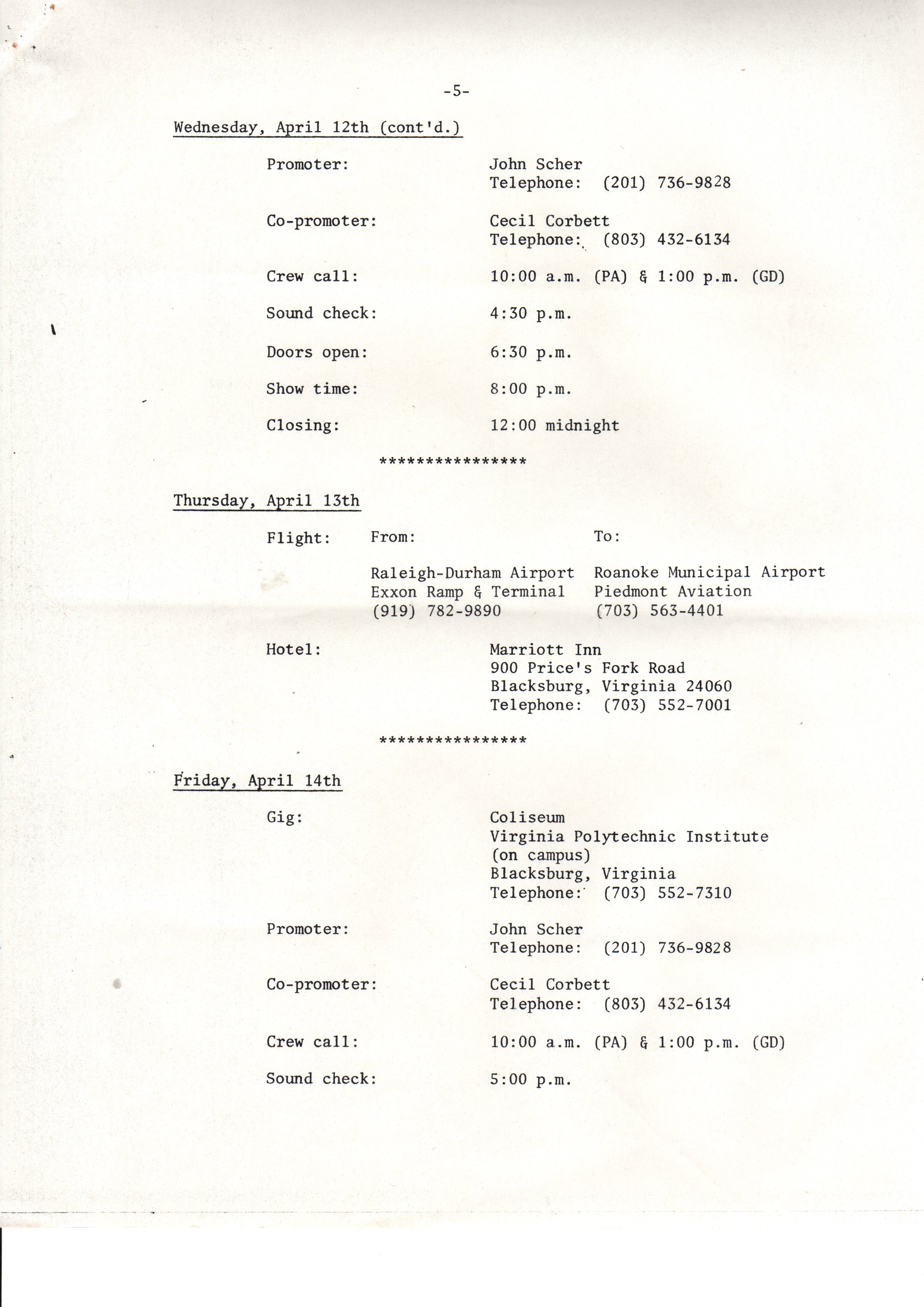 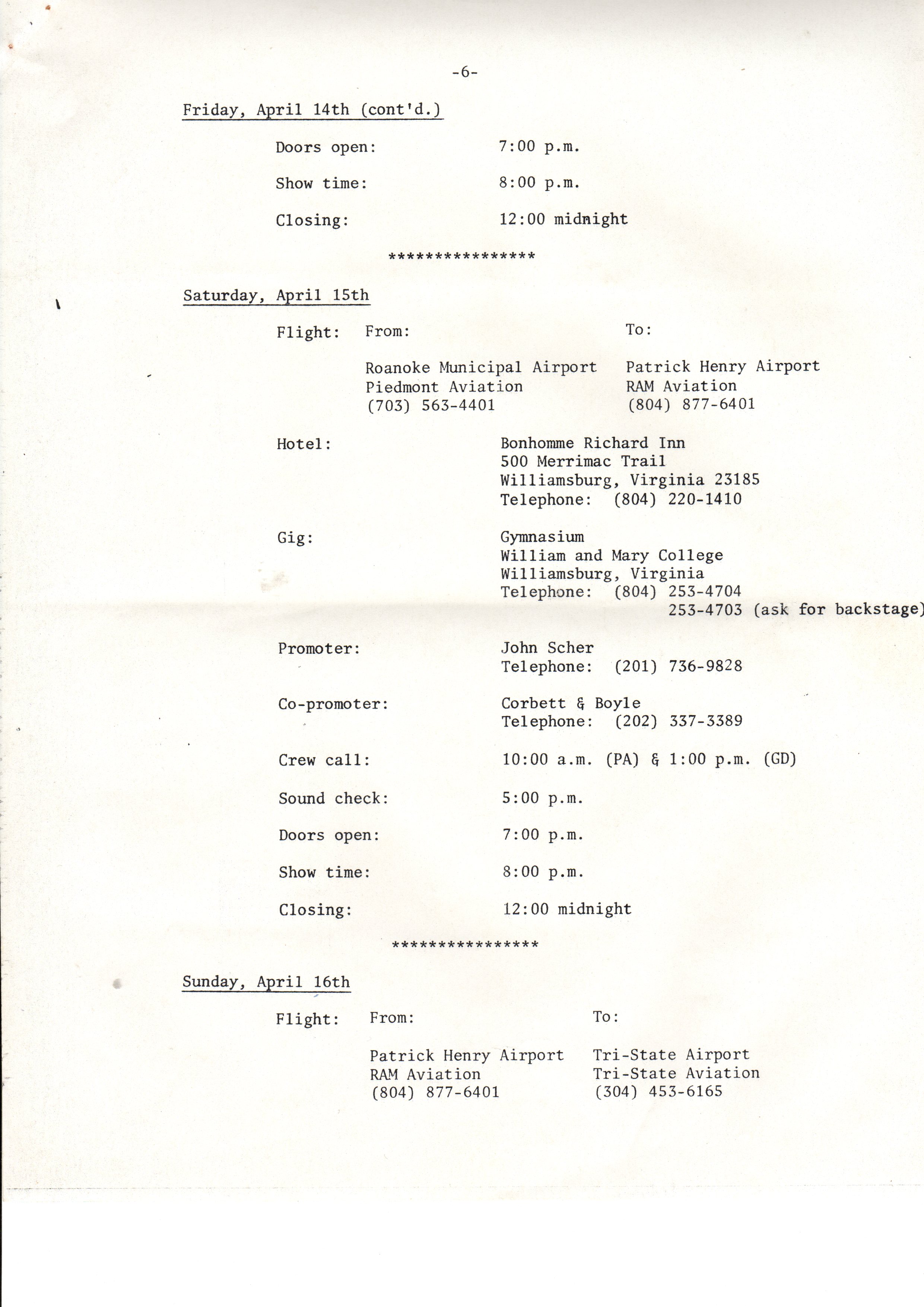 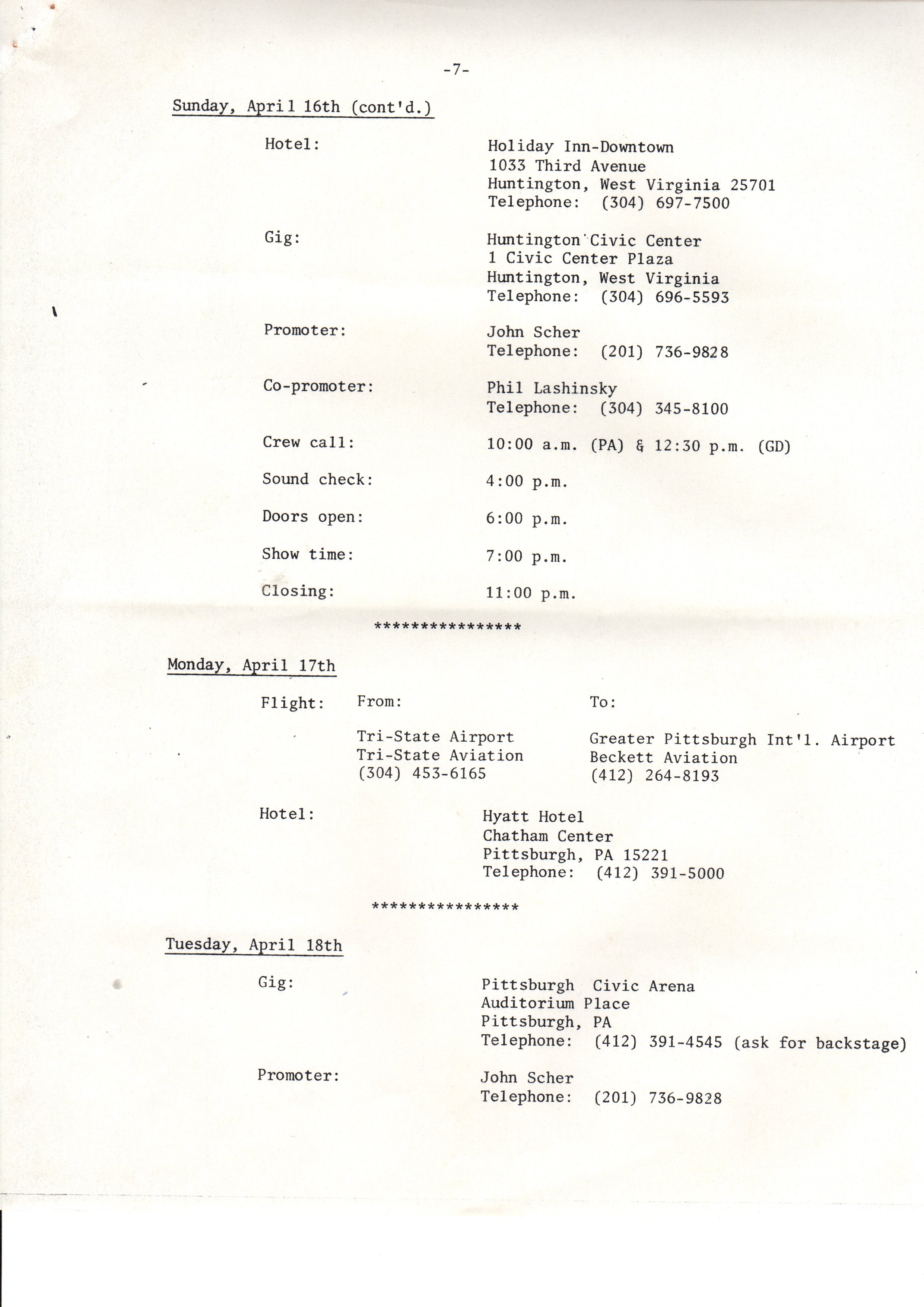 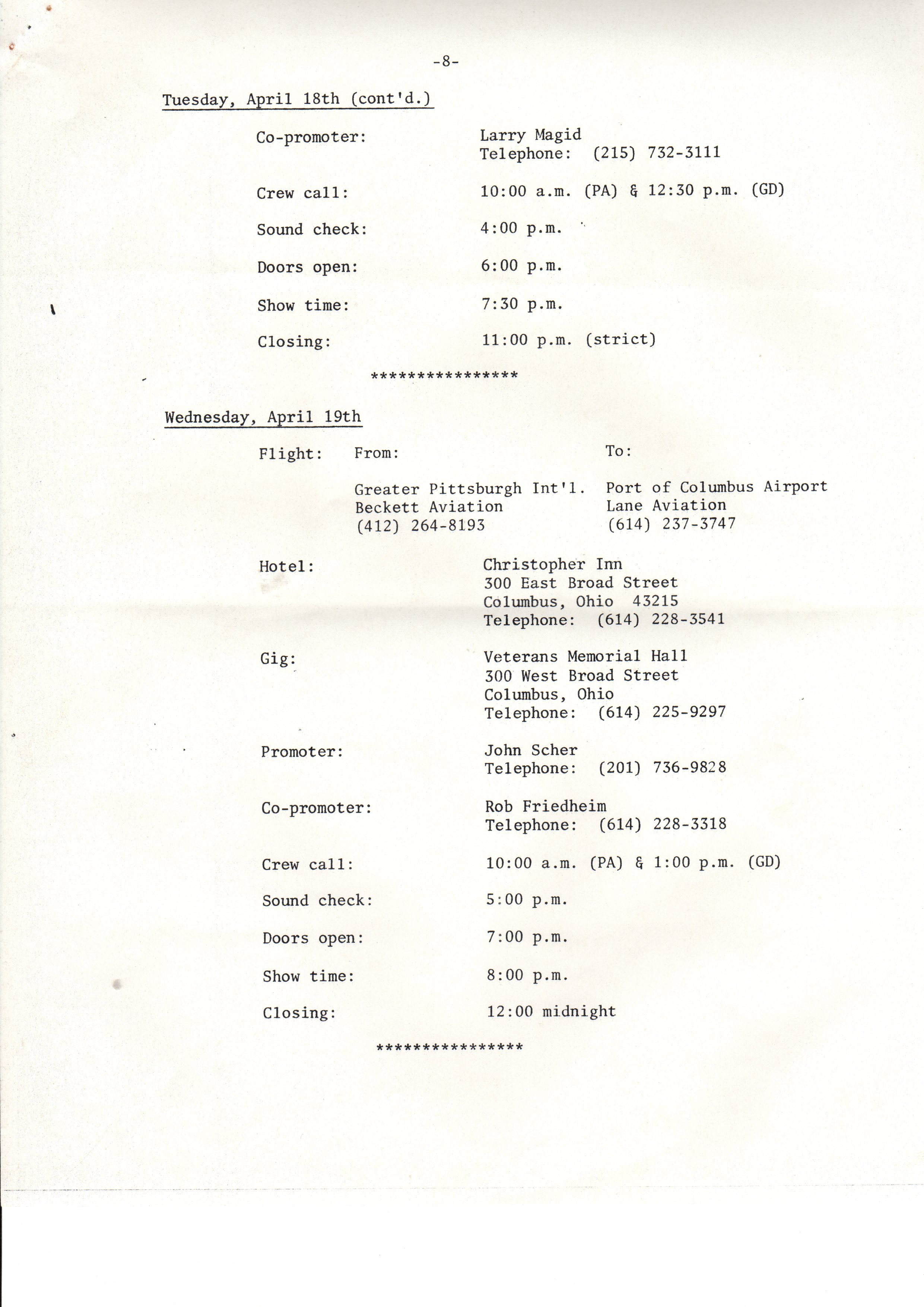 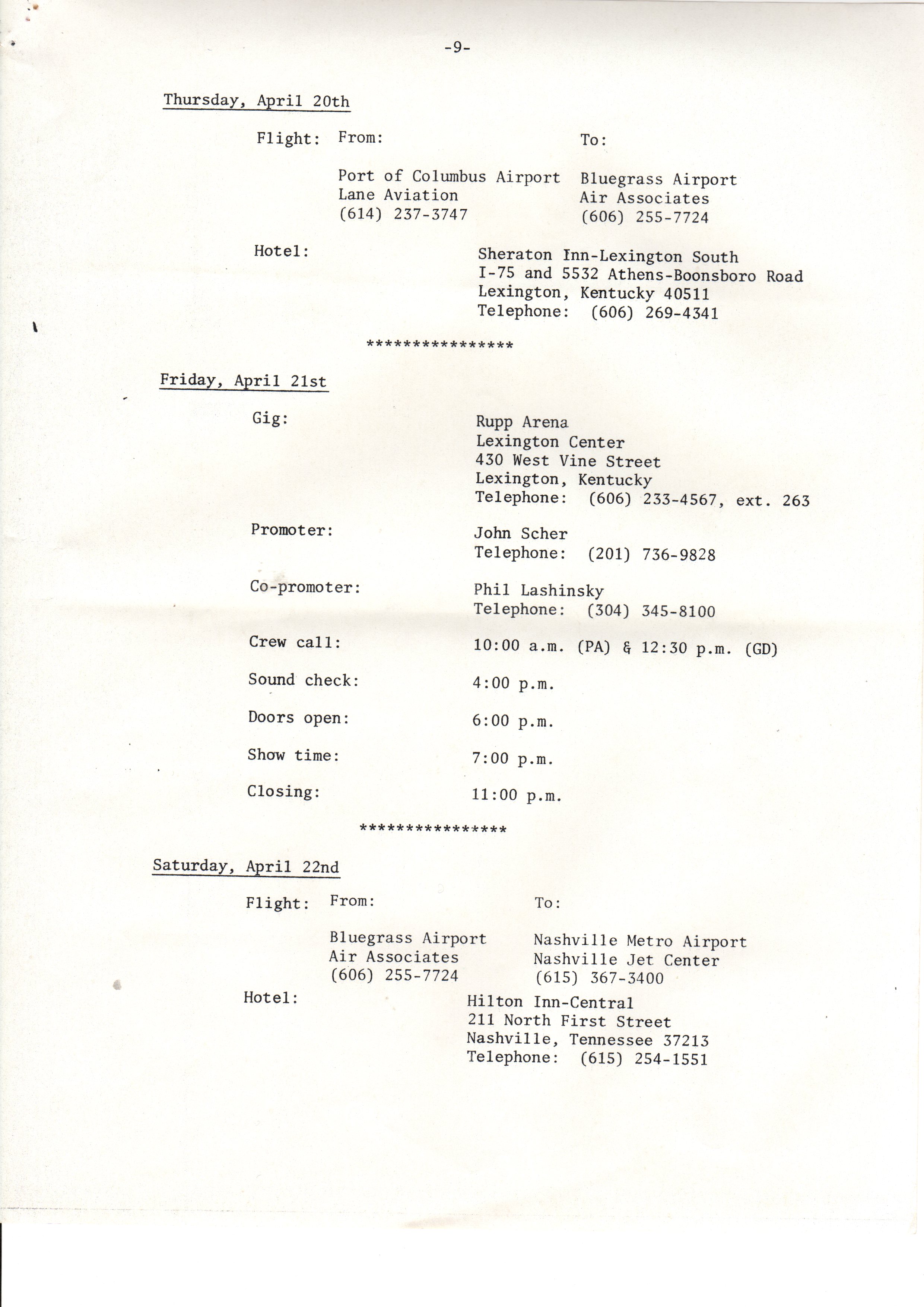 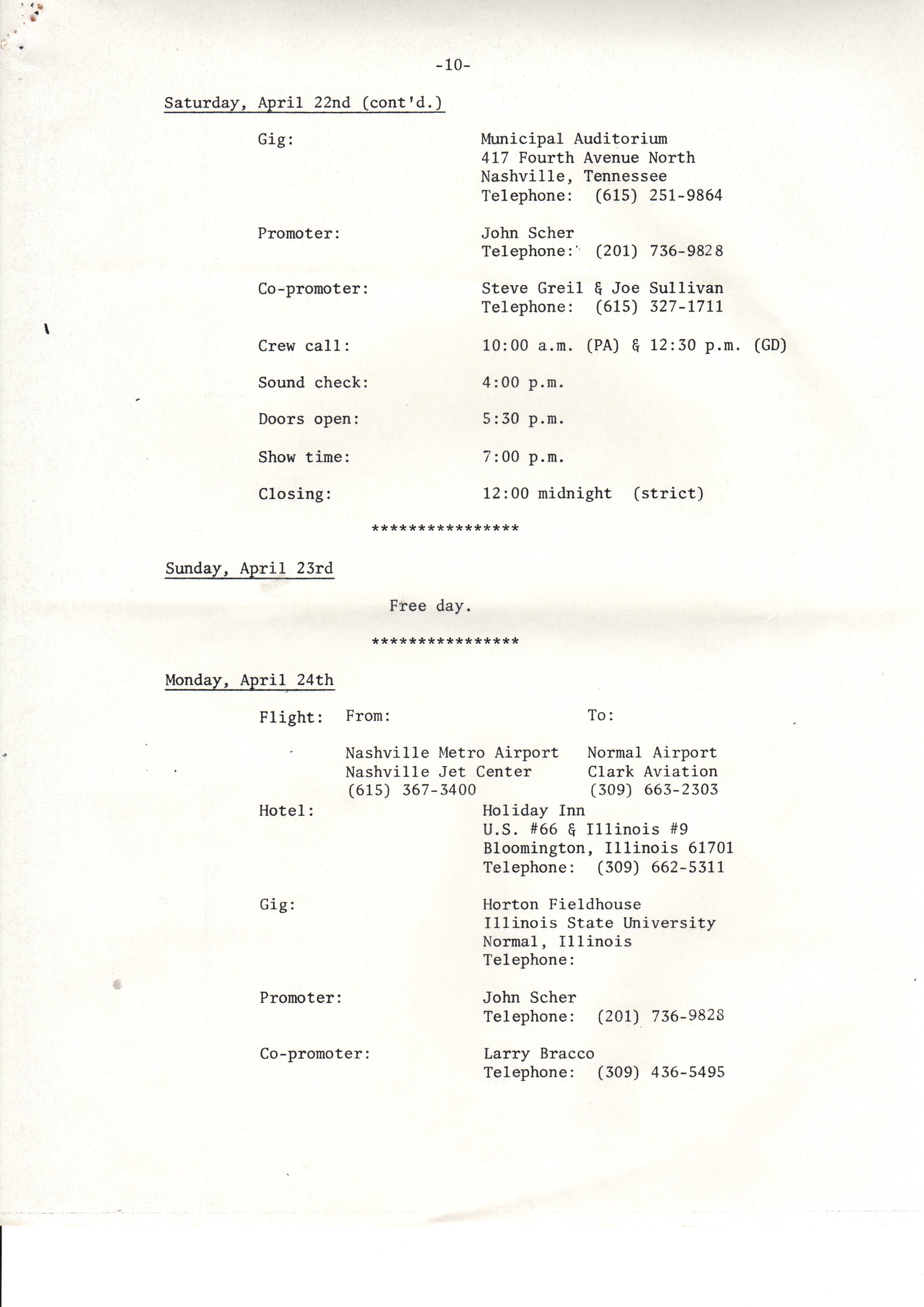 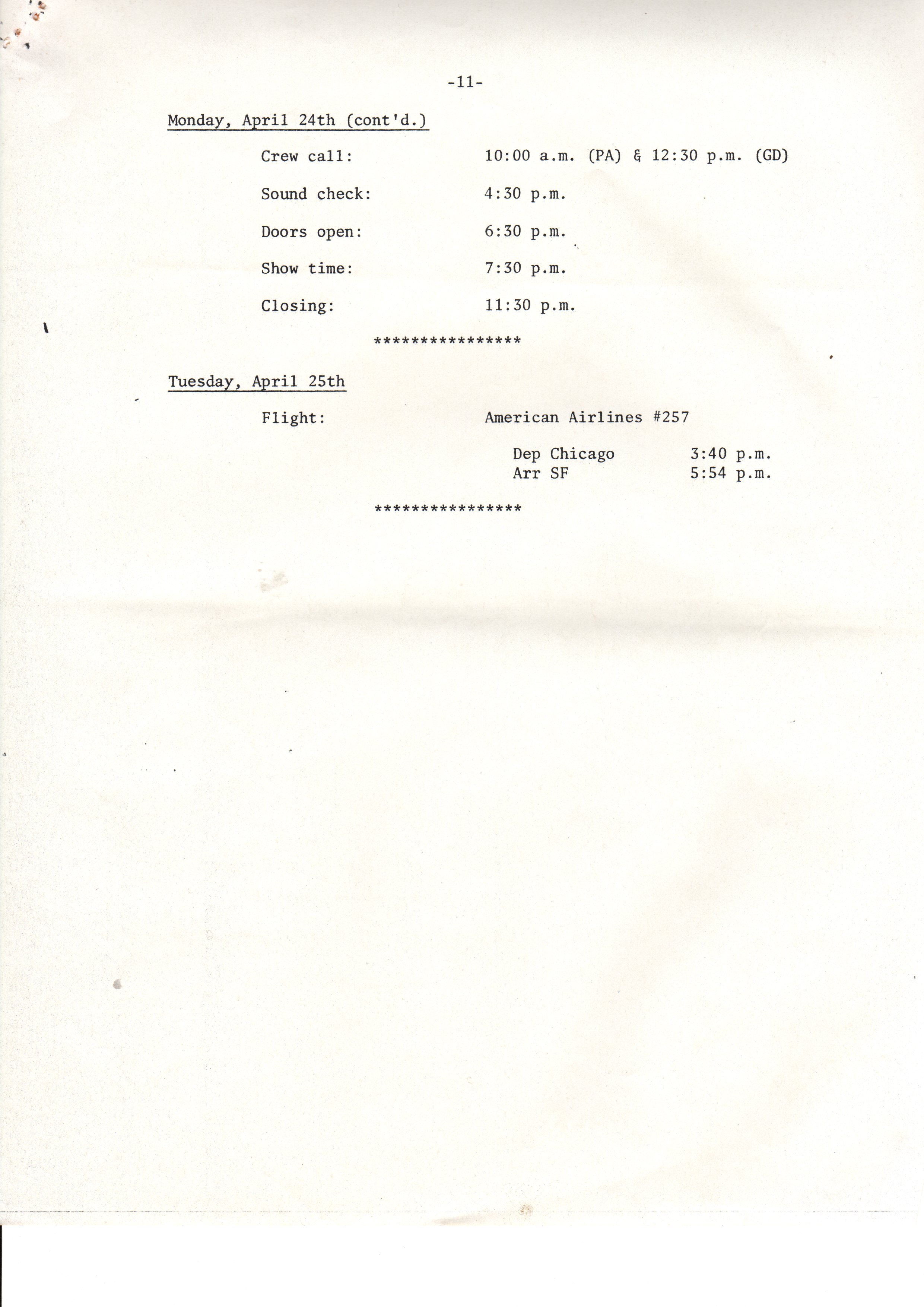 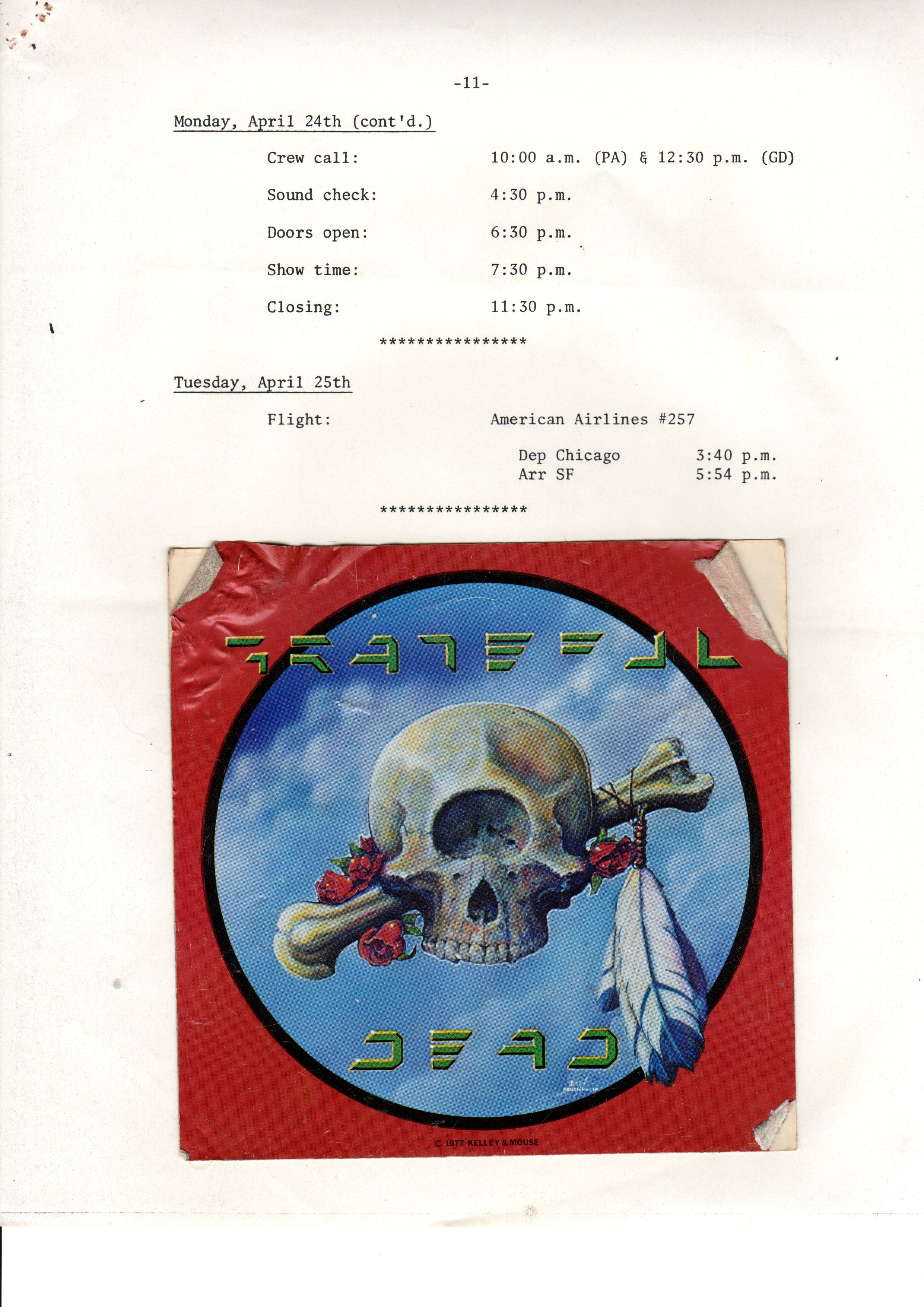