into the Far East 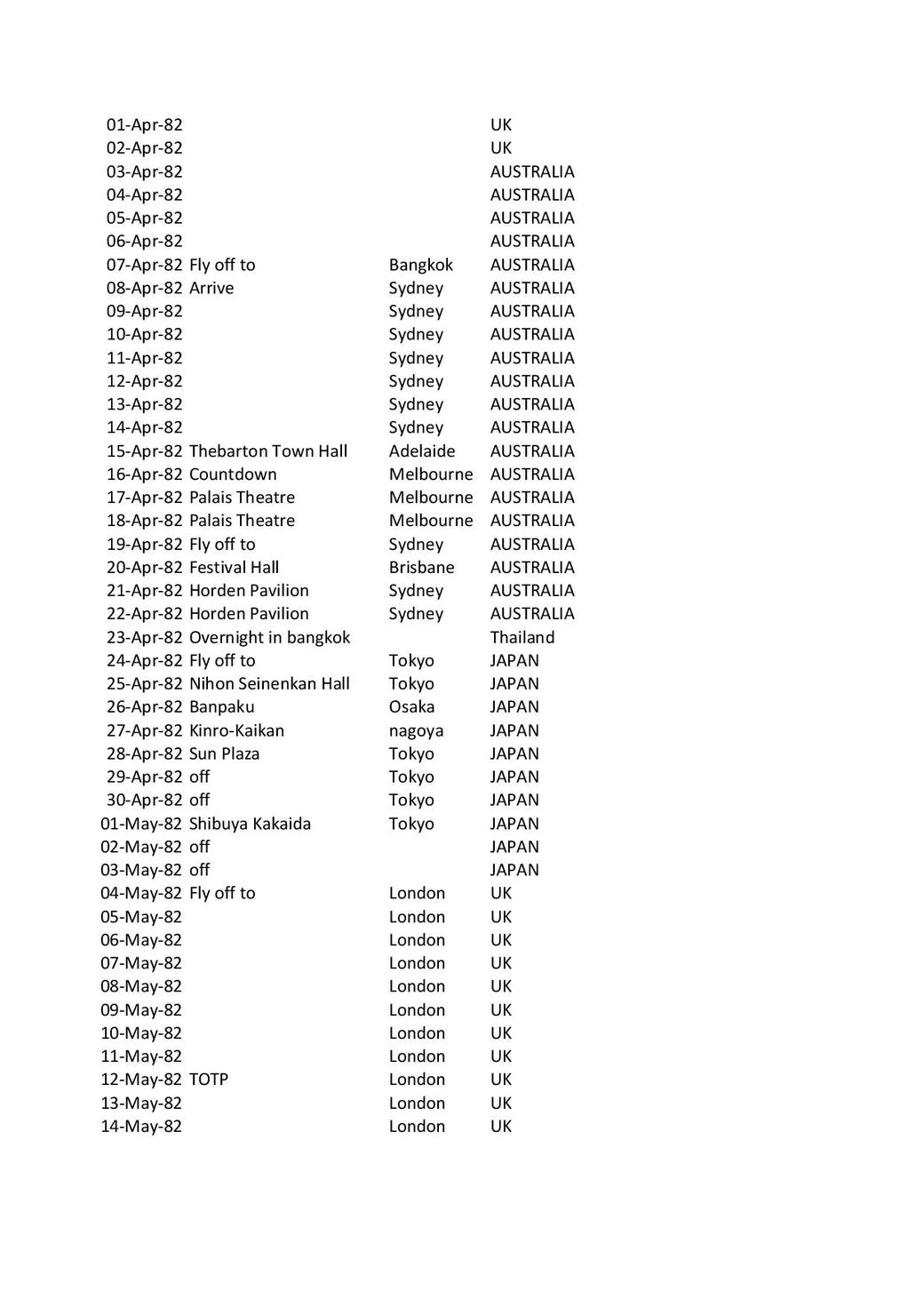 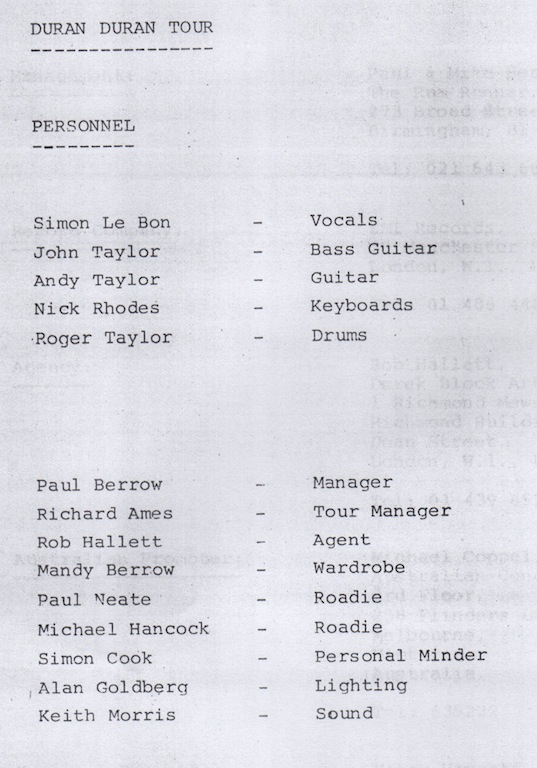 This was the smallest entourage we were ever to have as we toured around the world twice in the next two years. We gained quite a few more crew and musicians, but I'd like to think this particular bunch of people really got on well together. It was a great team effort and there were really no 'stars' that got on other peoples nerves at all. I hope I can get a few of these folks to give some of their memories in the coming months. 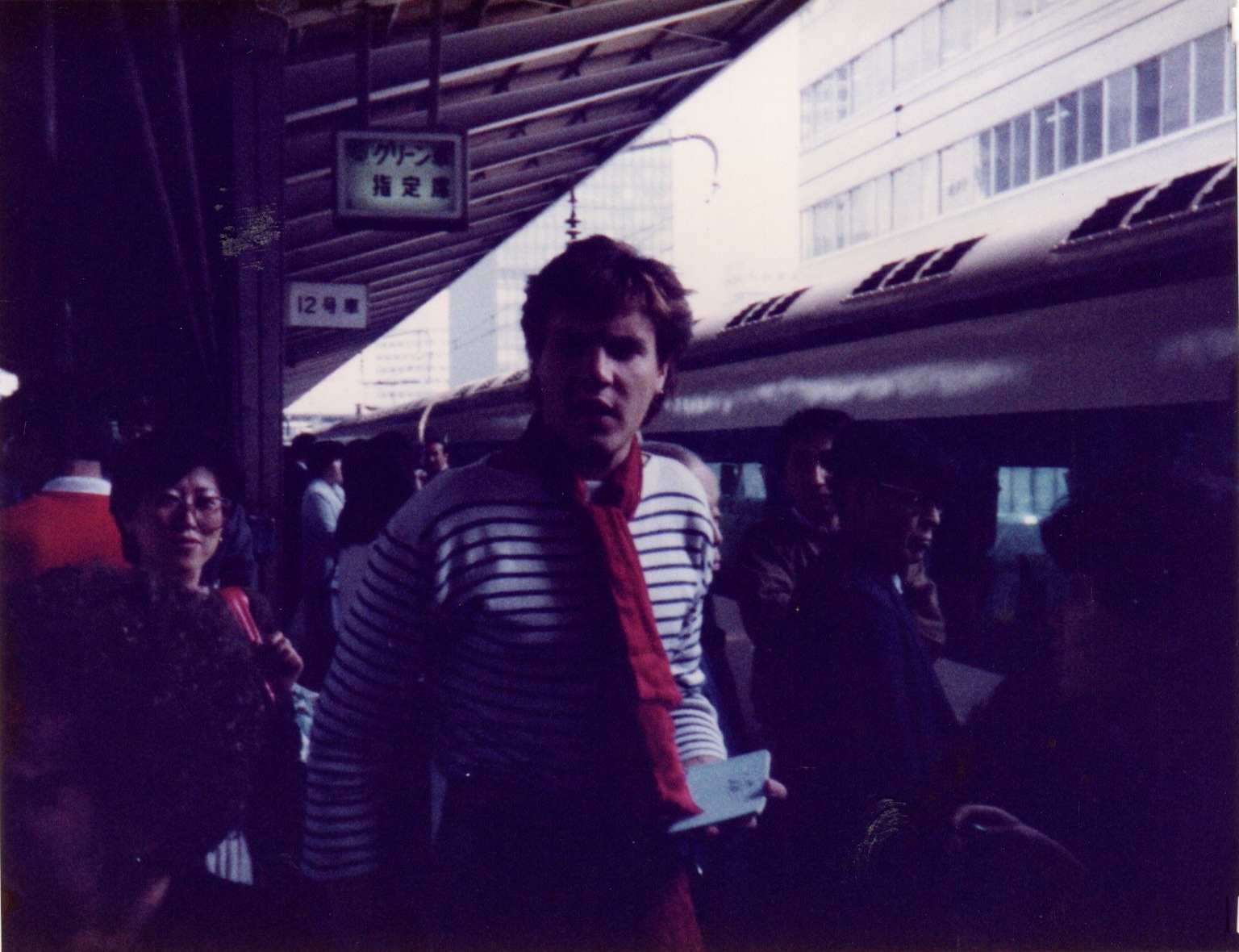 Rob Hallet was the bands agent, spotted on the station platform on the top picture on the left, wearing I might add a Lexington Queen t-shirt, the music business club hang out of the day!! Rob was also to become John Taylors best friend and visa versa. Rob worked for Derek Block Artists Agency. This second world tour for the band was really important and he came along for this first section in 1982 to Japan and Australia.

Massey Hayashi was the up and coming promoter in Japan at this moment in time, as Udo Artists had been the main company in Japan to bring in Western artists to date. 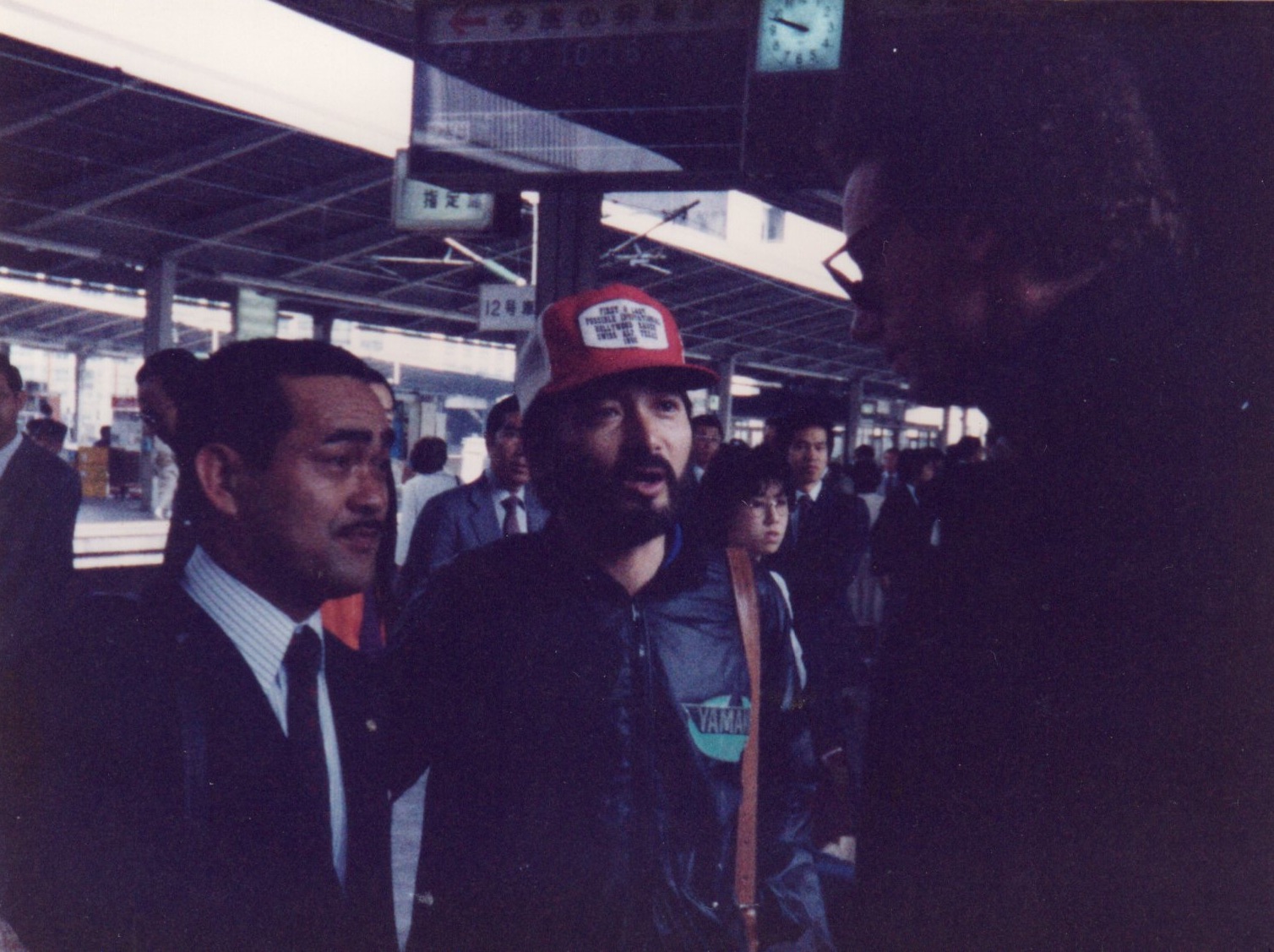 So at the top of the page I mention breaking taboos, and in Japan on this tour we came across a strict one in the concert halls. The shows were very early, we were on stage by 6.00pm, and there was a rule that the audience did NOT get out of their seat, not stand up, nothing... if that occurred, the management of the venue would instantly turn on the house lights and stop the concert. Well, this was going to be a problem I thought with this band. Their fans were mainly girls, and the music very danceable, so I asked our promoter if we could try something, if the venue management would agree. I suggested that the audience be told before the concert began that they were allowed to stand to watch the concert. They were not allowed to move away from their chair, but could dance on the spot. The venue manager agreed to try it, so we made an announcement to the fans before the show and you know what...... it worked. Fantastic reaction from the fans and the shows were a huge success. We repeated this at every show without a hitch, and I believe we were the first western band to pull it off.

Union Of The Snake 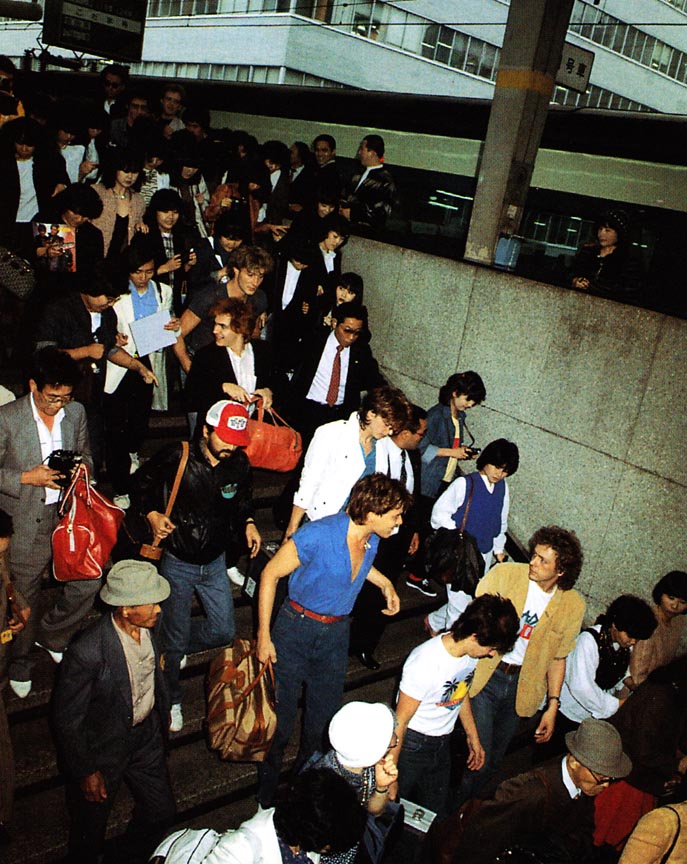 I include this picture really because I'm in it!!! I think I found it on this amazing Duran Duran Archive, with photos of every aspect of my time with them. I'm the one Simon is talking to, the guy behind him with the red cap is our promoter, Massey Hayashi, then behind us up the stairs a little is Nick with Simon Cook. 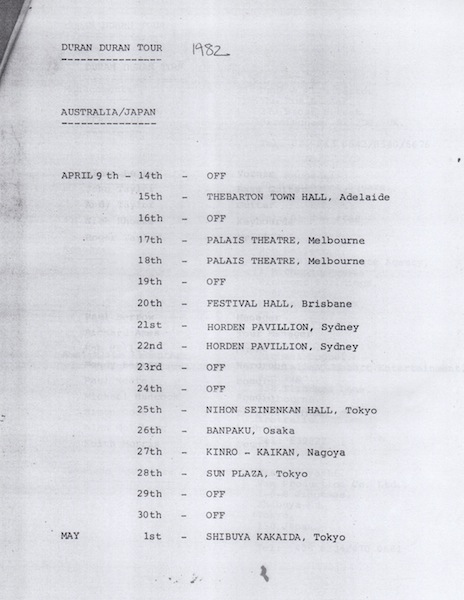 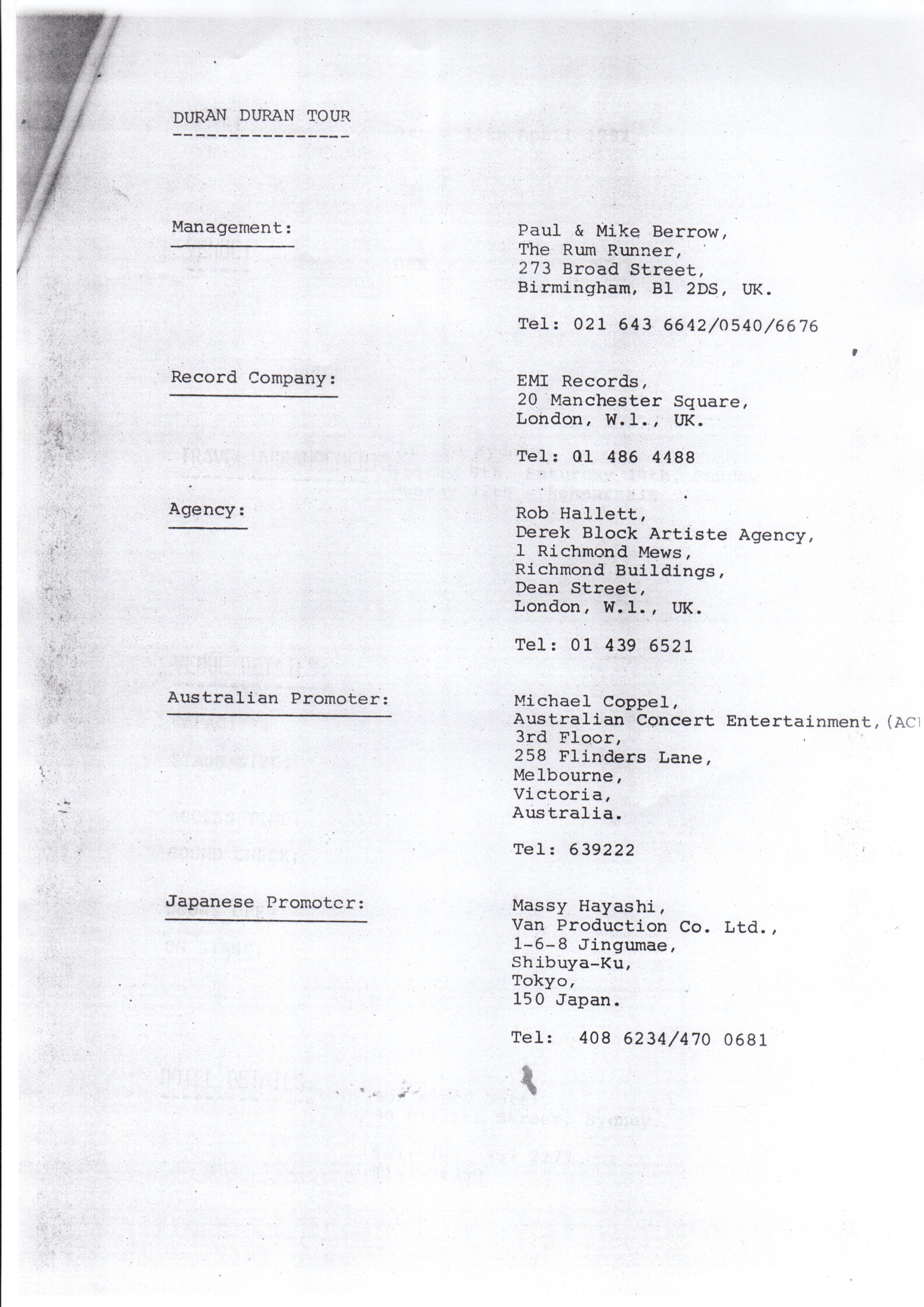 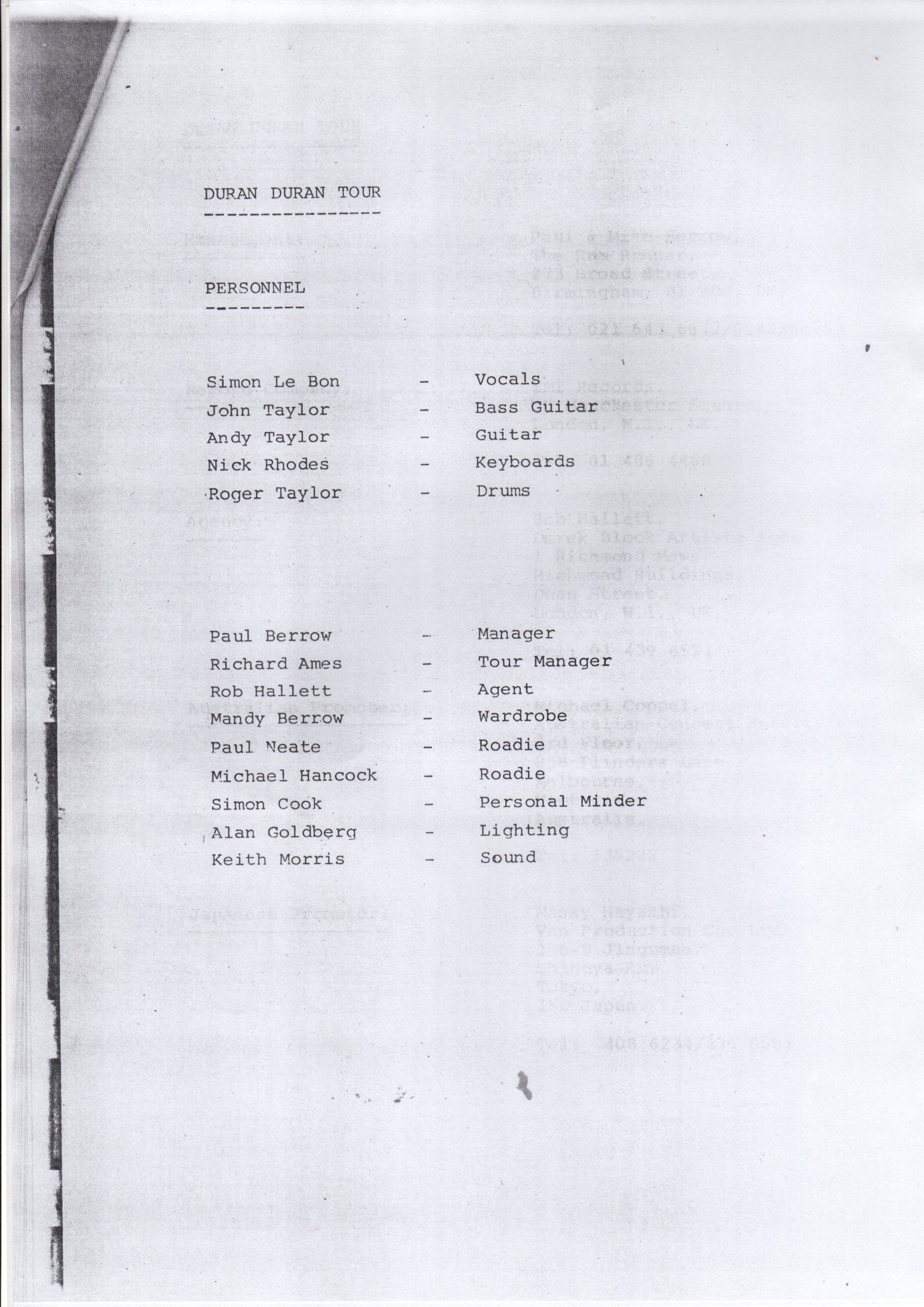 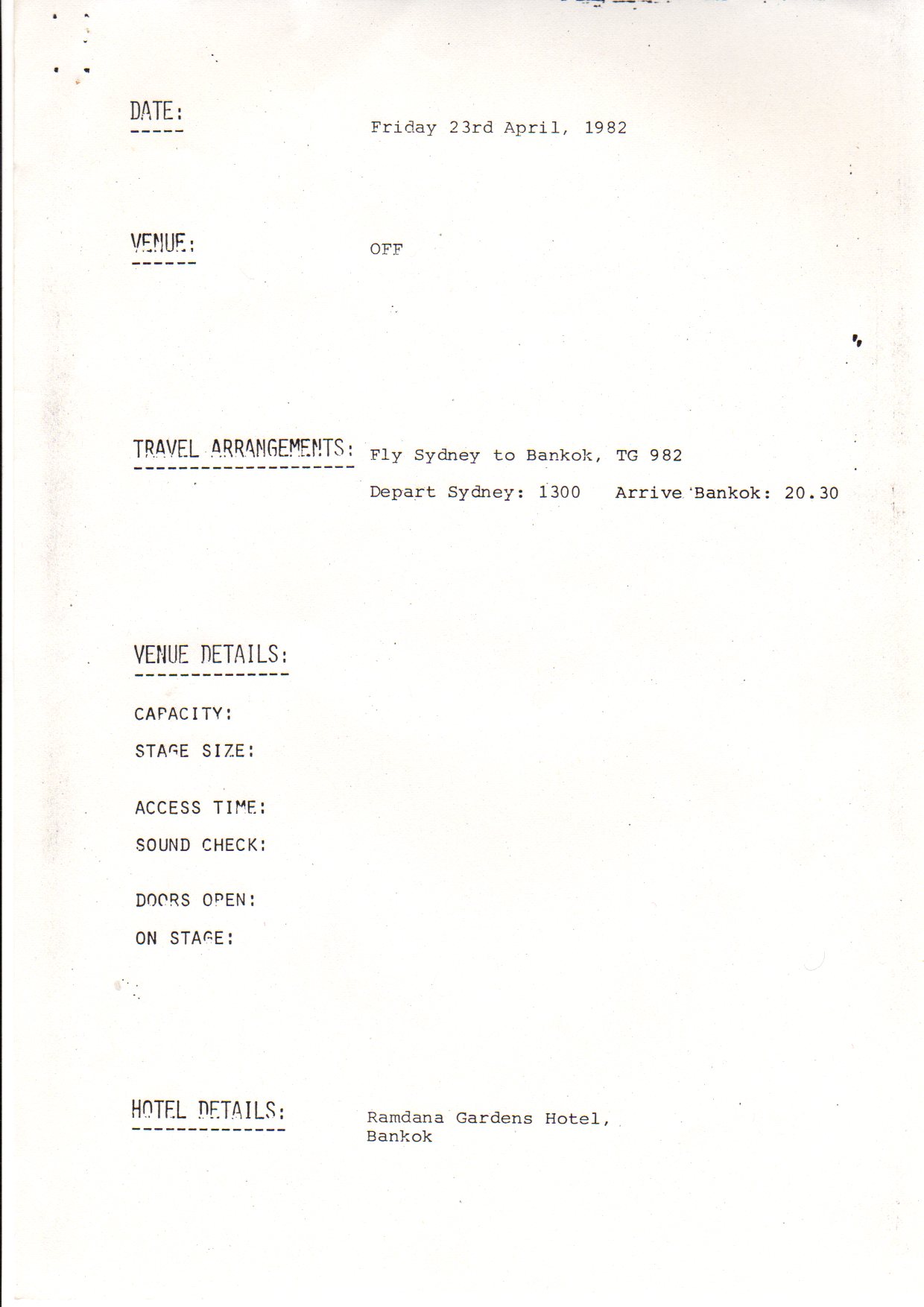 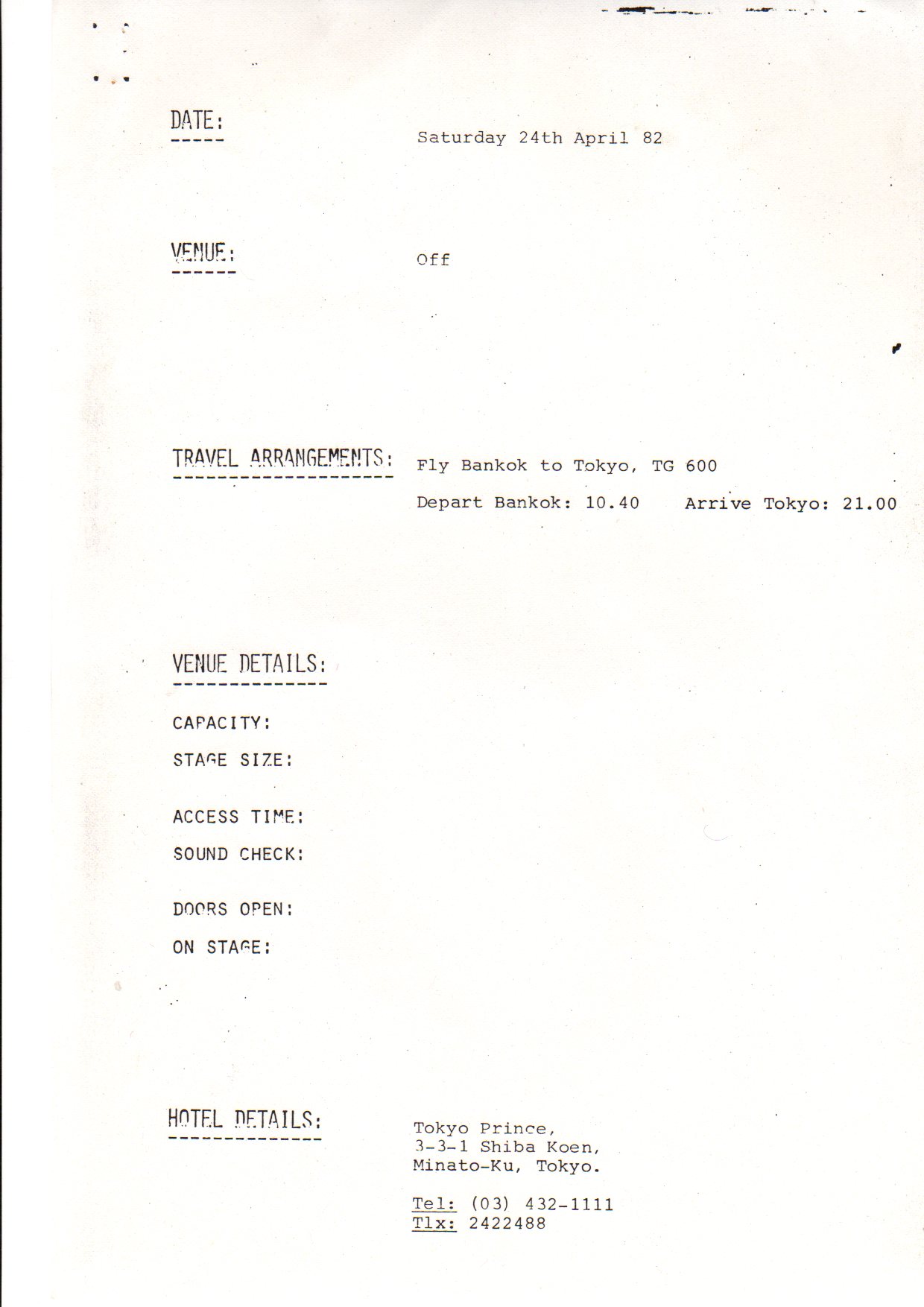 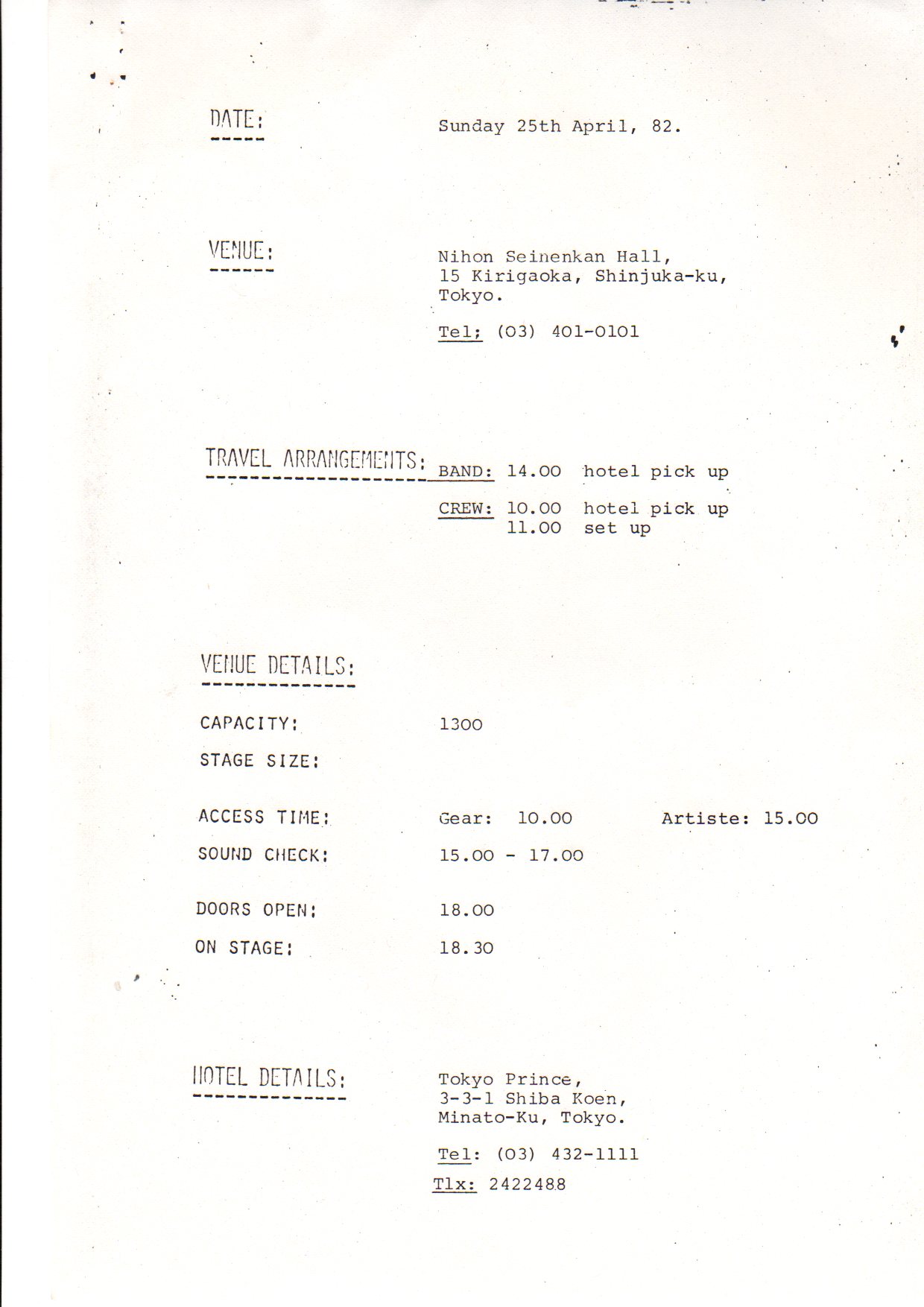 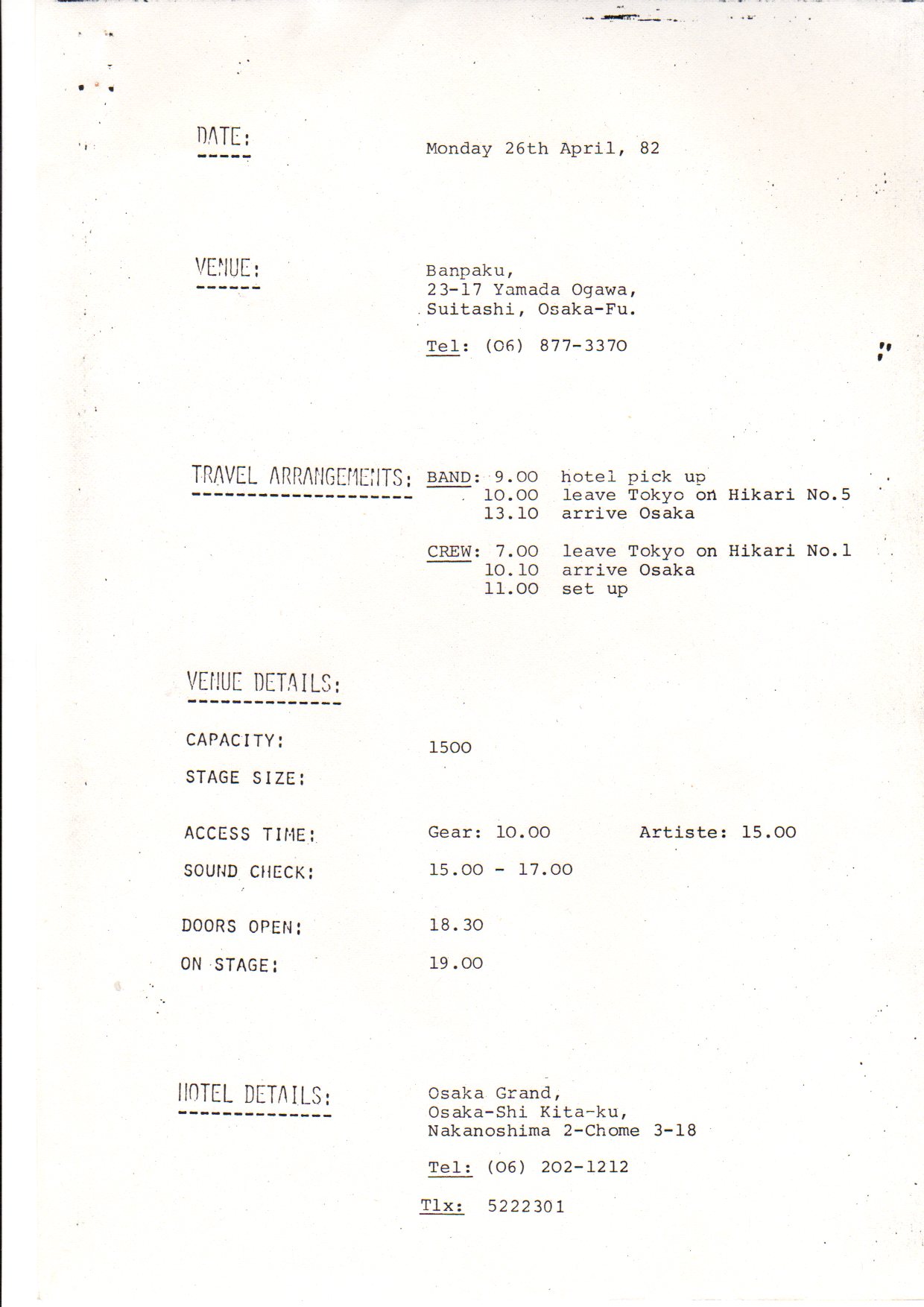 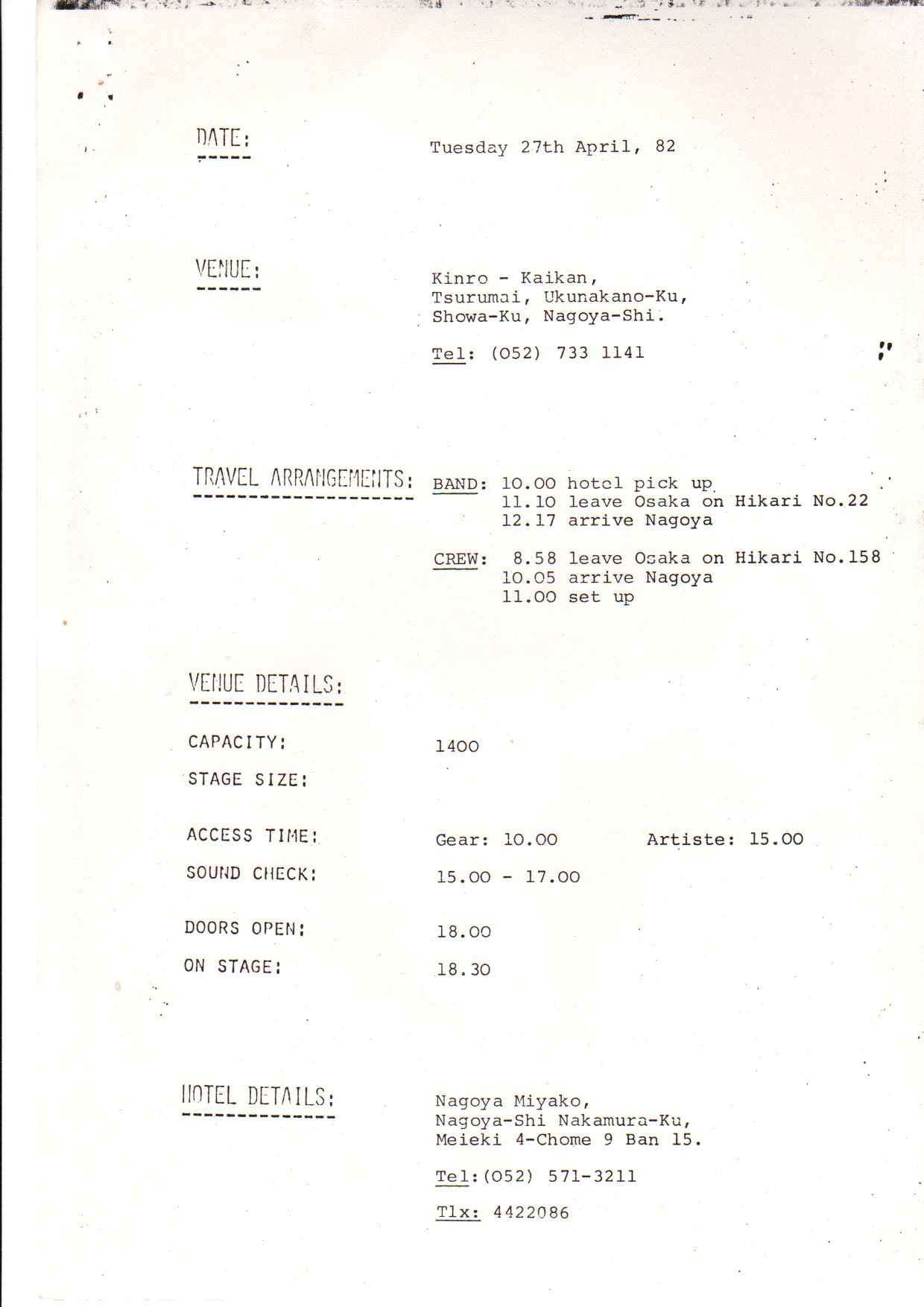 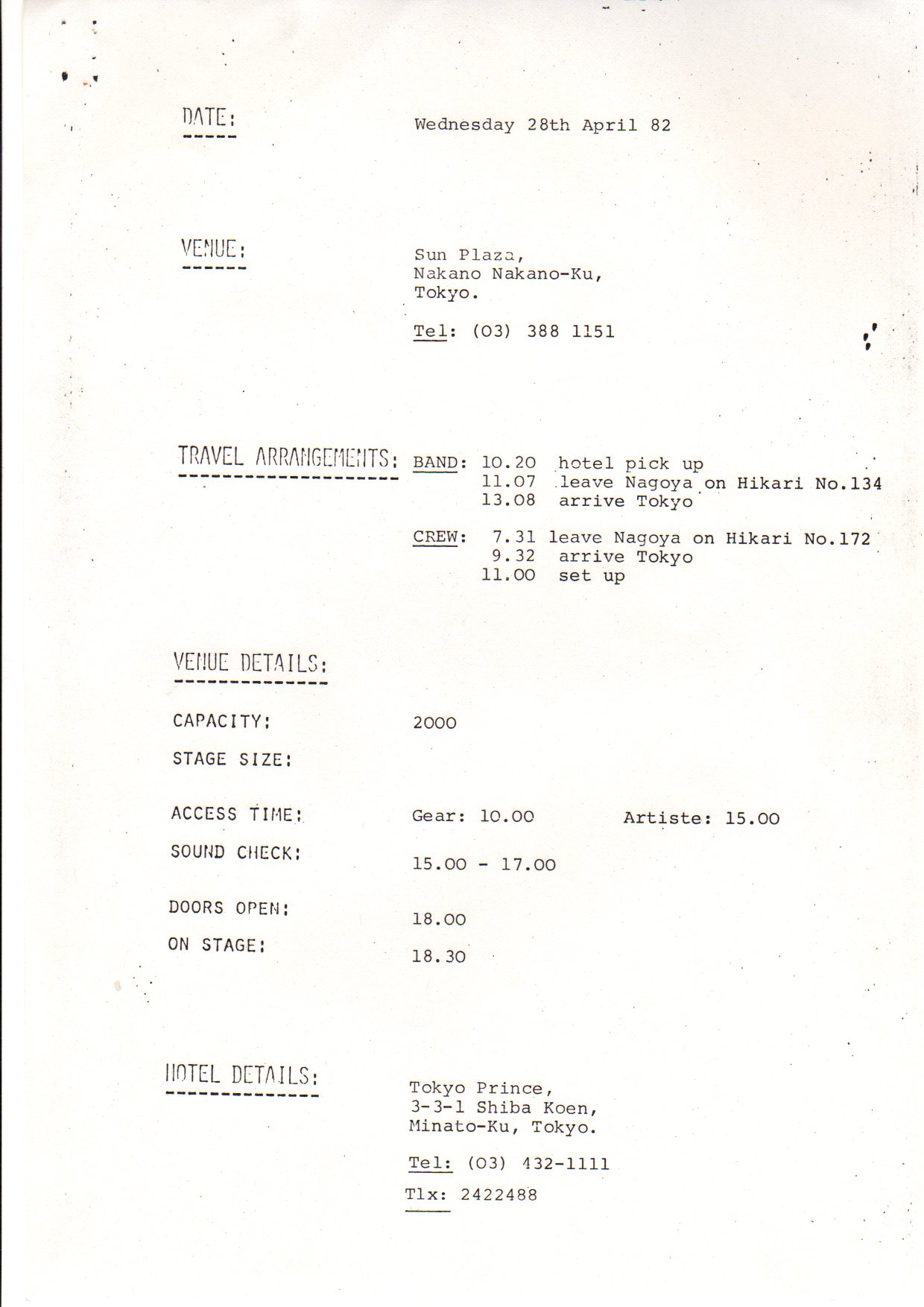 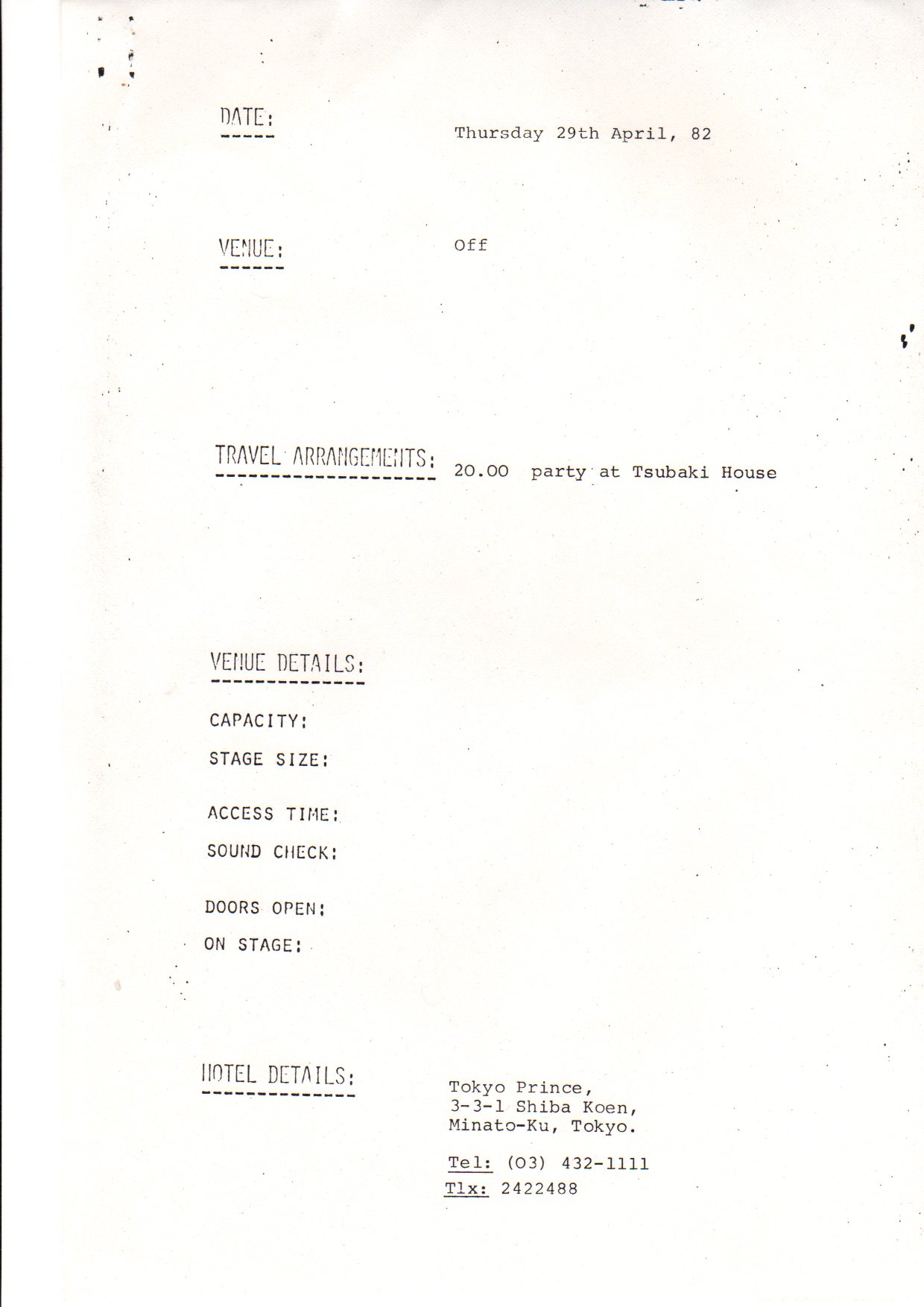 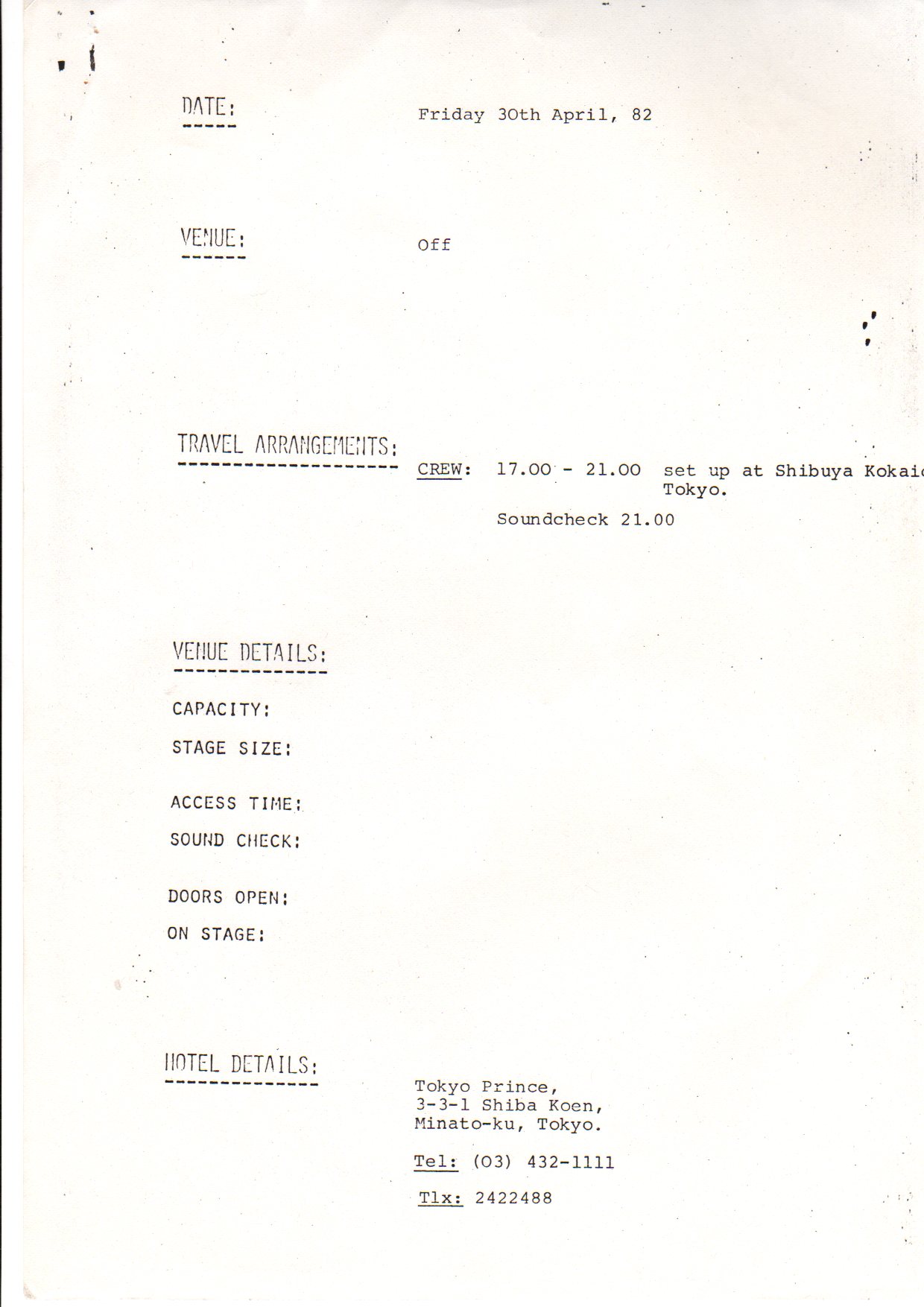 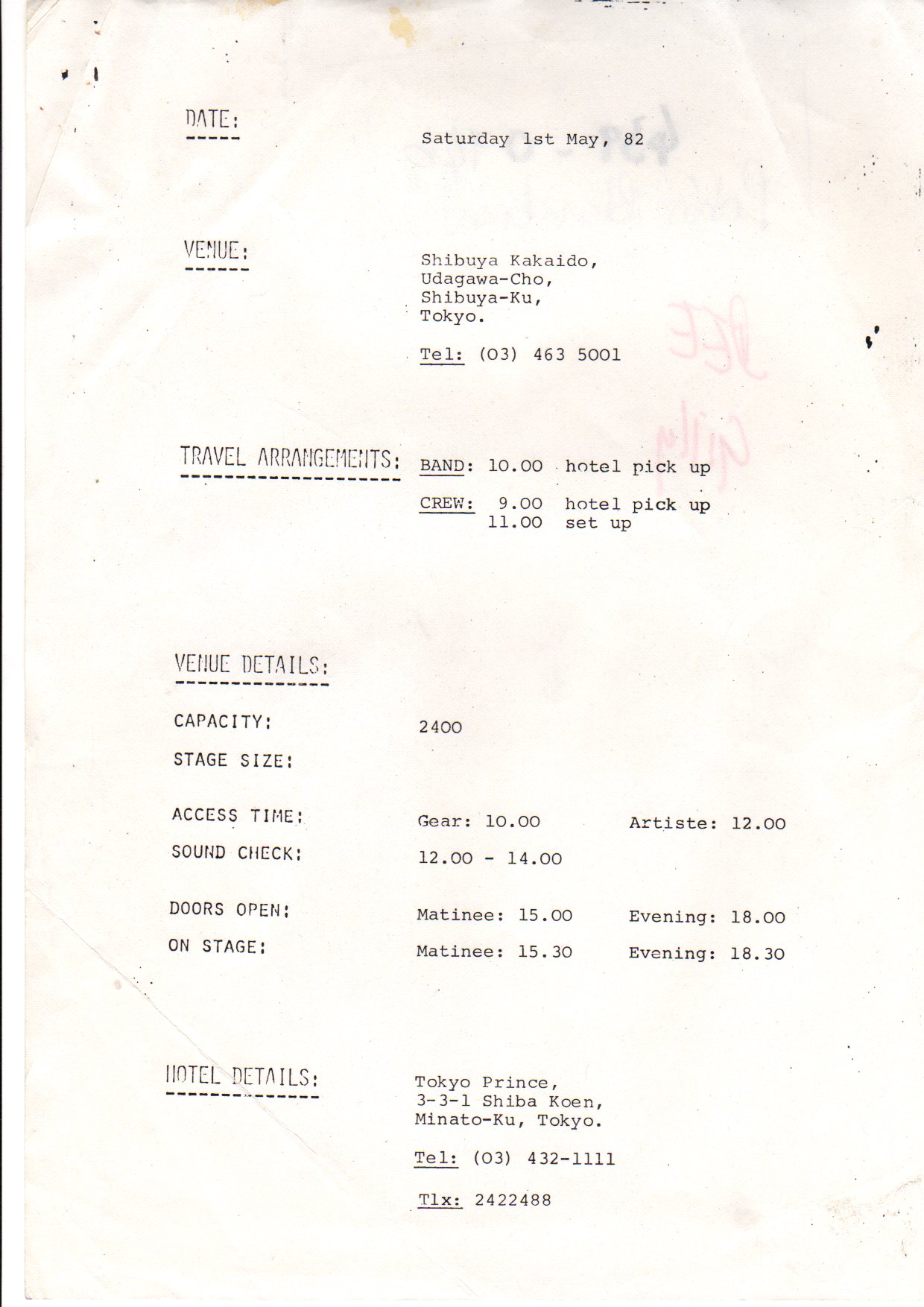